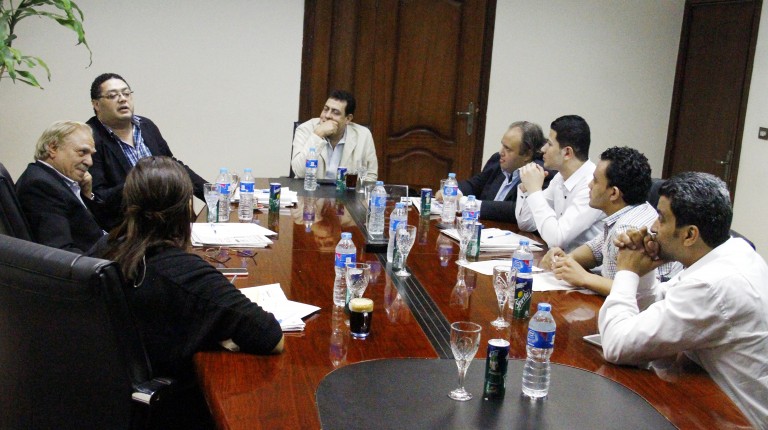 Five days remain for the launch of the first phase of Egypt’s parliamentary elections, after two years of legislative power absence.

This year’s parliament, in particular, comes amid distinct political and security conditions, with dozens of new laws issued by the previous interim and current government, including one that changed the electoral system, giving individual candidates 75% of seats, which raised wide concerns over its potential representativeness.

The parliament is also expected to tackle increasing youth unemployment rates, and arrests of students and dissidents, among many other ongoing issues, especially over the past two years.

“People have elections fatigue, and the motives they voted for in previous elections were not achieved,” Fawzy said. After being urged to vote for more than five times in parliamentary elections, constitutional referendums and presidential elections, while the security and economic situation have only gotten worse, Fawzy suggested the upcoming elections will witness a low turnout.

This also makes it hard for the parties, he said. “We are always preparing for new elections to take place and cannot focus entirely on building and growing our party.”

Similarly, El-Zahed agreed that the elections voting ballot “will not change much, but will reflect the current situation which is trying to expel any dissidents and trying to tightly control the electoral process”.

Despite their grim views, Farid said the ESDP decided to join the elections because a “parliament will be created either way, and our boycotting will not affect it, so we have to seize the opportunity to come up with any possible gains; otherwise we shall surrender our role entirely.”

“Getting all parties to agree on the same issues and decisions is something we wish to witness, but the fact that the next parliament has all kinds of candidates between individual, closed lists and parties will make it very hard and fragmented,” he further noted.

The new electoral system allows voters to select closed lists, which represent 120 seats out of at least 500 seats or individual candidates.

“This will not represent the poor as many votes might go to waste. Also the vision of parties and candidates are different towards issues, in terms of pensions for example. So the concerned people will feel misrepresented or underrepresented,” Fawzy said.

According to Fawzy, parties have also been accused of a lack of presence and outreach for public assistance. “There is no parliament to deliver our messages through and the mainstream media is not welcoming us and we cannot become charity organisations. It’s the state’s role, yet some parties try to pull this role to gain more votes,” he commented.

Following the ouster of the Muslim Brotherhood regime in 2013, the interim government, led by Adly Mansour, issued several laws and decrees that are expected to be reviewed by the next parliament.

“There is a myth surrounding the number of laws that were issued being up to 300 laws, but this is simply not true,” Farid said.

“There are many decisions and decrees, but the laws are very few and the next parliament could review them all, yet we call for a thorough review in the civil service law, the protest law and VAT law.”