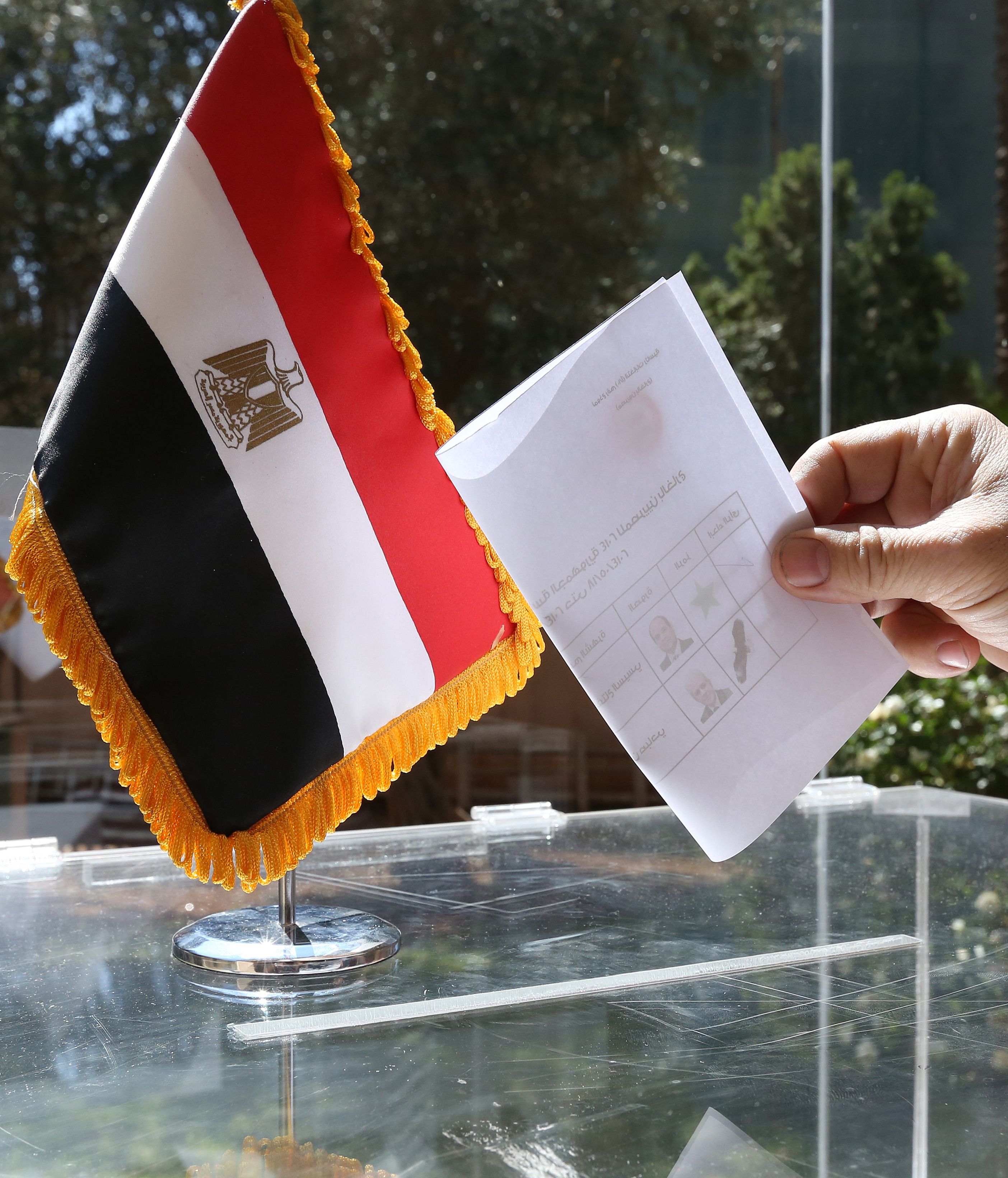 Egypt’s parliamentary elections are due to start in a few days and electoral campaigns should supposedly end on 16 October. The Supreme Electoral Commission (SEC) and other observatory organisations as well as the media have been reporting on several violations committed in the past weeks in advertisements for candidates.

The SEC is supposed to examine the violations and refer guilty parties to the prosecuting authorities for proper legal action. Violations include placing posters on public and governmental buildings and distributing free goods. But one of the main prohibitions according to parliamentary laws is using places of worship for electoral promotions, as the state has also banned any use of religious slogans.

Nonetheless, this did not prevent candidates in a number of governorates from using religion in their favour.

For instance, Maat’s international observation mission noted Monday that a candidate from Beheira took advantage of the Muslim prayer time at a mosque by speaking to worshippers about his electoral programme.

In one incident that was widely circulated in social media, a candidate in Luxor put his picture on the cover of the Quran, added the title “Sheikh” next to his name, and used his position as an official at the Ministry Religious Endowments to promote himself in mosques, local media reported.

Another reported case picked by local media pertained to a weekly magazine distributed in churches entitled “Almogtama Alkanasy”. It published full ads with pictures of certain candidates of different political and religious backgrounds.

Meanwhile, although the local ‘Copts United’ electronic newspaper is independent, it went beyond media coverage on elections by posting pictures of Coptic candidates in an advertising form, including their personal phone numbers, political background and Facebook accounts.

On one hand, the SEC had warned TV channels from promoting parliamentary candidates outside the allowed legal frame, whether by breaching set dates for electoral campaigns, or indirectly advertising for them while presenting news and analysis.

The law organising political rights stated that, in case the SEC addressed a media institution with a warning, there are three options: either that the channel issues a public apology to the SEC, or that the SEC imposes a critical statement to be published by the channel, or the outlet is banned from covering the elections.

Publishing false news regarding elections is punishable with a fine ranging between EGP 20,000 and EGP 200,000, and the fine could be doubled if the violation is published during a period that is too short for voters to learn the truth before the vote.

According to legal expert Samir El-Bagoury, subliminal advertising should also be considered a violation and regulated by the law. Advertising expenditure also seems to have raised some concerns.

Amgad Fathy, member of the SEC’s committee monitoring media coverage of the elections, said: “We are tracking media and promotion campaigns of parties and candidates, by tracking their TV and outdoor banner ads, of which we know the costs.” He added that serious limits were crossed on behalf of a number of candidates.

Candidates running on individual seats are allowed to spend up to EGP 500,000 on promotion campaigns, and if a second round is scheduled the limit is set at EGP 200,000.

Furthermore, the SEC prohibited candidates from receiving any foreign funds. They must be committed to transparency before the SEC by providing all expenditure bills and funds received in a bank account opened specifically for the elections, to be examined by accounting experts affiliated to the Ministry of Justice.

Egypt’s long awaited parliamentary elections are being observed by several local and international organisations and NGOs, but also by the SEC itself and other governmental institutions.

The Administrative Prosecution (AP) has 2,500 members observing elections and will receive their complaints at a joint operation room between the AP Club and the SEC.

It specified two landline telephone numbers (+20225325151/+202223635271) for complaints from citizens and to guide them with the necessary information, according to state-run media MENA on Tuesday.

Members should be following the voting procedures inside polling stations, and assess the security situation while people are casting their votes and during the vote counts. The Ministry of Justice will also be following the electoral process.

Furthermore, the Ministry of Interior announced three mobile phone numbers on Tuesday, related to the Human Rights’ Department, to help citizens and receive complaints during election days, especially the elderly and people with special needs (+20112697722/+201126977333/+201126977444), in addition to the hotline 138.