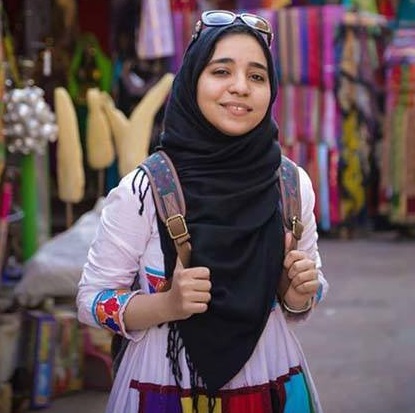 The detention of Esraa El-Taweel, the young photojournalist who disappeared in June and later appeared in Qanater prison, was renewed by Cairo State Prosecution on Wednesday. The next session on her case will be held on 25 October.

El-Taweel, who has been kept on pre-trial detention since her disappearance 136 days ago, was due to have her case heard on Monday. However, following demands from the defence, State Security Prosecution ordered examinations on her medical condition for a rehearing the following day.

The medical report stated that there was no issue retaining El-Taweel in detention as her condition is stable, despite it documenting that the 23-year-old is in need of physiotherapy.

Friends and activists, however, have disputed the medical report’s inconsistencies and stated that it does not reflect the severity of her worsening medical condition. They have continuously decried the four-month denial of drugs and treatment. According to Alaa El-Taweel, her sister, the medical report presented on Tuesday stated she had a permanent disability that inflicts paralysis and requires physiotherapy.

Alaa said her sister was not taken to hospital between her two sessions and the report was written without an examination. “She is not permanently paralysed and yet they make her stay in prison without receiving the physiotherapy they say she needs,” Alaa posted via Facebook on Tuesday. Esraa’s lawyer presented her original medical reports and called for an assessment by a neurologist but the prison’s report was accepted.

During the second anniversary of the 25 January Revolution in 2014, El-Taweel was struck by a bullet hitting her leg and spine while taking photos during a protest. She was bedridden for five months and used a wheelchair for six months. Through physiotherapy, she had made some progress and began to use a crutch, according to family members.

El-Taweel disappeared with two friends on 1 June and appeared in Al-Qanater women’s prison two weeks later. She spoke in a letter from prison of being blindfolded and interrogated for 15 days during the period in which she had been forcibly disappeared.

Charges levelled against El-Taweel include belonging to the outlawed Muslim Brotherhood and spreading false news through her social media account.

El-Taweel’s case is prominent among a wave of disappearances that has seen numerous individuals, with connections to revolutionary or Islamist politics, taken illegally by security forces.

Also disappeared alongside El-Taweel was her friend Sohaib Saad Al-Haddad who is also one of the defendants in the infamous Al Jazeera case. He is charged with conspiring with the Qatari media network’s journalists, but did receive a pardon in September alongside them.

Al-Haddad was released earlier this year as the case began to fall apart. However, following his disappearance with El-Taweel, Al-Haddad appeared alongside a number of disappeared individuals in a video published by the Ministry of Defence in July. The video claims to show the individuals confessing to being members of a terrorist network and claiming responsibility for attacks on state facilities and personnel.

However, family members and activists claimed that the testimonies were produced under duress and that the individuals were abused during their period of disappearance.

A Ministry of Interior spokesperson previously denied that the police forcibly takes individuals in this manner, also telling Daily News Egypt that Egypt’s police forces are currently not targeting young people, regardless of their political stances and positions, a claim that activists refute.

On Tuesday, a campaign group working with the Egyptian Commission for Rights and Freedoms published the names and details of 215 individuals who they have documented disappearing across Egypt in August and September. The ‘Stop Forced Disappearances’ campaign said that only 63 individuals have been located since their disappearances, mainly in police stations, and often on charges of belonging to the outlawed-Muslim Brotherhood or protesting.