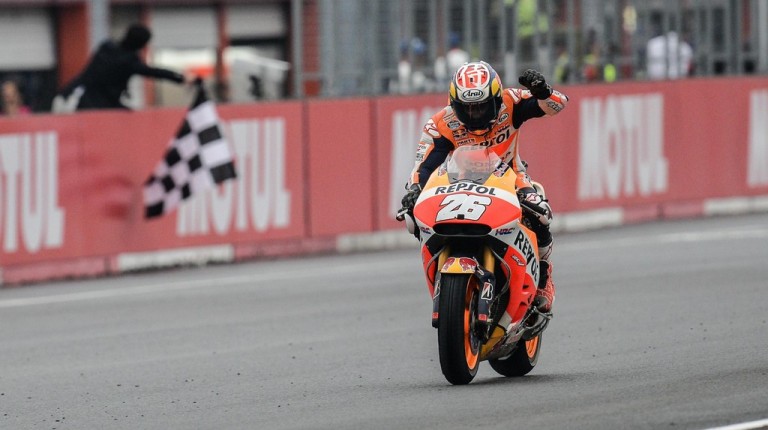 Spanish Honda driver Dani Pedrosa won the title for the Japanese Motorcycle Grand Prix (MotoGP). The tournament was held at the Twin Ring Motegi, in the rain.

Despite a slow start, Pedrosa was able to get back into the race, finishing more than eight seconds ahead of his runner up; the Italian Valentino Rossi of the Yamaha team.

In third place was Rossi’s Yamaha teammate, the Spanish Jorge Lorenzo, over 12 seconds away from the first place driver. Lorenzo led the race for a long time, but his tires wore out during the final 10 laps, dropping two positions, behind Pedrosa and Rossi.

Pedrosa’s title is his first MotoGP title this year, where previously Lorenzo led, with his Yamaha team having won six times. Lorenzo’s last win was the title of Aragon Motorcycle Grand Prix, held in Spain. His teammate Valentino Rossi is his runner up, with four victories, along with Honda’s Marc Márquez.

The following are the rankings of the first 10 racers in the Japanese Motorcycle Grand Prix: