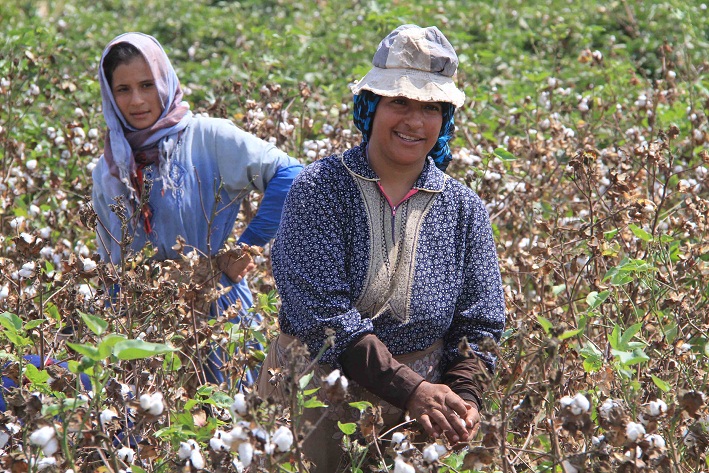 Around EGP 310m were spent on the Karama and Takaful programmes which was launched by the Ministry of Social Solidarity last year, Minister of Ghada Wali said.

New geographical maps were created to identify where the poor are stated and the government was able to identify the 19 poorest areas, Wali mentioned, adding that a development programme for those cities was launched last year.

“We launched the Karama and Takafol programmes and we have successfully registered 210,000 families and 802,000 citizens,” the minister said. Both programmes launched monthly financial support to those in need.

“Mothers must make sure their children are present at school with an attendance rate of 80% or higher,” Wali said, explaining that “parents are given EGP 60 for each child in primary school, EGP 80 is offered to those in middle school while EGP 100 is given to high school students”.

Mothers with new-borns are also registered in the Takaful programme, but they have to make sure their children receive all necessary vaccinations and visit the clinic at least twice a year.

Discussing the challenges facing the country, Wali said that there is still an issue with offer service such as health care but the bigger issue is offering a service of higher qualities.

In previous years, the country witnessed economic growth, but it was not enough and the number of citizens in poverty increased, the minister noted.

The poorer population is still concentrated in Upper Egypt and have difficulties enrolling in higher education and finding job opportunities. The largest volume of investments was directed towards subsidising traditional energy and it did not benefit the poor, the minister added.

“We need to grow economically and work seriously,” Wali affirmed. “The political and social stability is needed and production in Egyptian must increase…The government must cooperate with civil organisations, private sector and media.”

On whether social justice was implemented in Egypt, she said that fair distribution of income is a right of each citizen, and not a privilege offered by the government.

Another challenge facing the country is geographical location, the minister noted.

“We [Egypt] have limited resources and the region we are in are facing some challenges,” Wali said. Egypt is also facing terrorism inside and outside, she highlighted, stressing that bureaucracy still exists and it is “no less dangerous than terrorism”.

The illusion of subsidising