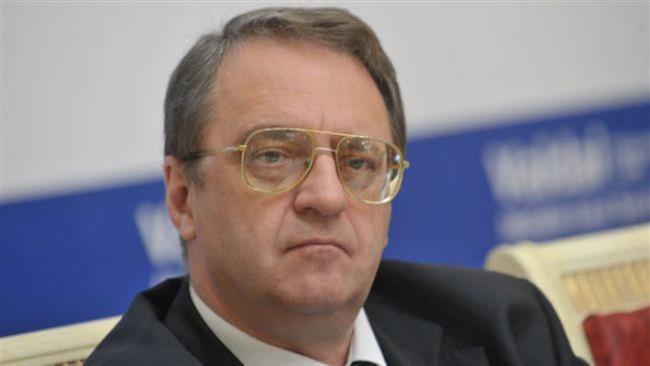 According to the Egyptian official news agency, Bogdanov and Shoukry will speak about current regional issues including fighting terrorism, extremist groups, and the crisis in Palestine where clashes have broken out between Palestinians and Israeli settlers in the West Bank.

The talks also come at a time of the Russian military’s intervention in Syria, which was recently supported by Egypt.

Russia and Egypt have recently enforced military and economic ties by signing several agreements during the Putin’s visit to Cairo in February.

Russian official news agency TASS Saturday that an Egyptian delegation will arrive to Moscow in a week to discuss the ability of receiving electronic supplies and helicopters for Mistral warships Egypt recently bought from France.

Earlier this month, Egypt’s Prime Minister Sherif Ismail stressed on the importance of increasing agriculture exports to Russia and that Egypt is ready to complete all producers to expand Russia’s contribution to large projects.