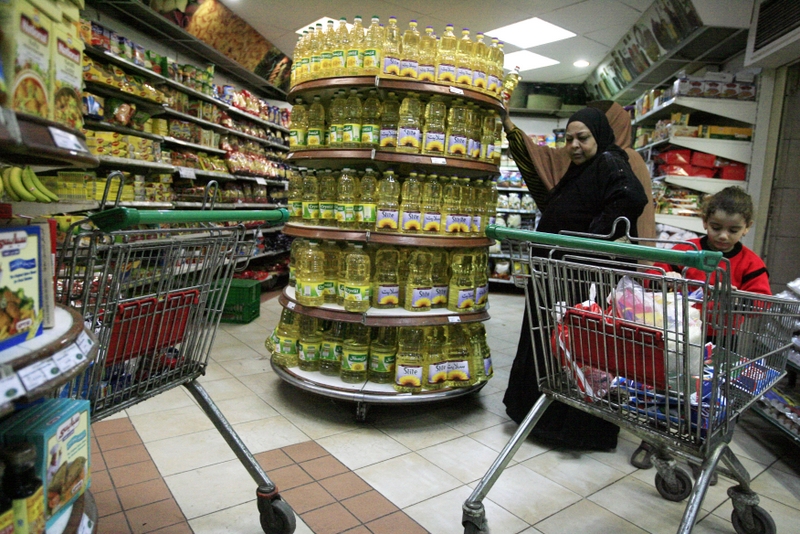 Minister of Supply Khaled Hanafy held a meeting on Saturday with a joint delegation of representatives of three companies operating in the internal trade and food industries sectors.

The three companies are Dia Corporate, which is a Spanish discount and food retailer, Arma Group and Alsaeed Trading Company.

The meeting discussed ways of cooperation between the government and these companies to establish logistics zones, commercial chains and modern developed markets.

The discussions also tackled the inauguration of new branches of consumer complexes and modernising ration outlets.

During the meeting, Hanafy presented the developments witnessed in the bread and ration commodities system and the ministry’s strategy in developing consumer complexes and ration outlets.

The minister also showcased the investment opportunities to establish commercial chains, logistic zones and modern markets in most Egyptian governorates. The projects will take place on lands affiliated to the Internal Trade Development Authority (ITDA).

The projects aim to develop the internal trade sector, reduce the rumbling of products and improve supply chains, which will provide large quantities and high qualities of commodities to citizens and create thousands of jobs.

Meanwhile, the company representatives expressed their interest in the investment opportunities available.

During the meeting, the minister and the representatives agreed to form a joint working team to develop the investment plan in order to start implementations as soon as possible.

The Ministry of Supply has supported the launch of new consumer complexes during the previous months.

In late September, Hanafy inaugurated the largest consumer complex in Upper Egypt, in the Qena governorate, which was built on an area of 2,500 sqm.

The complex is affiliated to the Egyptian Company for Wholesale, which is a subsidiary of the Holding Company for Food Industries.

3 logistical centres to be constructed for EGP 13bn