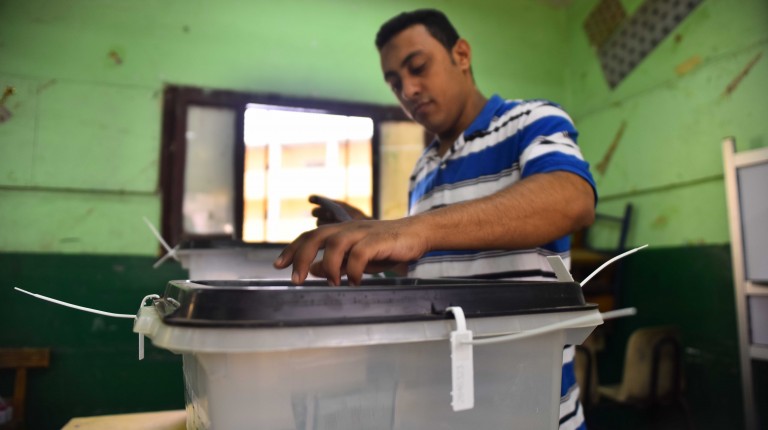 Two bombs exploded Sunday morning, on the first day of parliamentary elections, in front of one of the schools in Kerdasa. No injuries were reported.

Bomb squads reportedly said the two bombs were only sound bombs and did not affect the elections process.

Another bomb exploded in Al-Arish, North Sinai Sunday morning, killing a police conscript and injuring a lieutenant, according to the military spokesperson.

Military forces had expanded security measures to secure the voting process for parliamentary elections. Military personnel were distributed across about 19,000 electoral commissions in 14 governorates, according to the military spokesperson, Mohamed Samir.

Samir said the military partnered with police forces to secure about 28 million voters, “believing in Egyptians right to express their views and choose their representatives freely”.

He further added the military merged the forces of several departments including the navy.

In the notoriously restive Sinai Peninsula, an ongoing battle is taking place between the military and extremist militants, leading to hundreds of deaths on both sides. Samir noted that the military enhanced several checkpoints with extra forces.