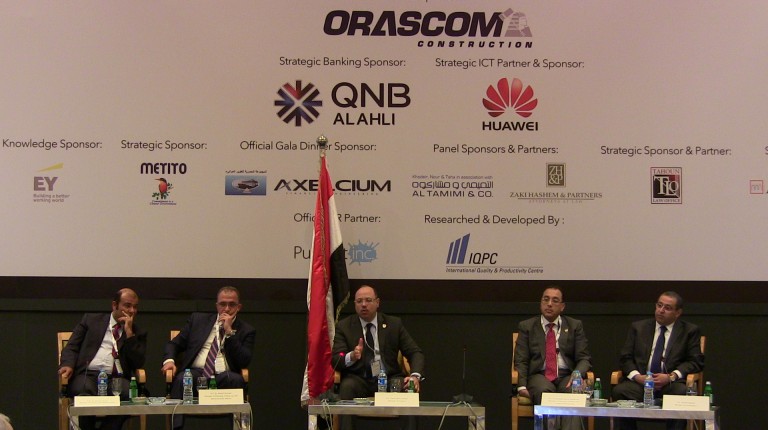 Egypt has proved successful in implementing public projects with the participation of the private sector, said Minister of Investment Ashraf Salman, noting that the country was ranked in the top four by the World Bank in terms of the number of PPP projects in MENA region.

Salman explained in a speech at the PPP Summit that Egypt’s ranking follows South Africa, Morocco and Kenya. “Egypt could reach this ranking through a proper regulatory framework, infrastructure and operational maturity and a proper investment climate,” Salman said.

Speaking on the market volume, Salman said Egypt spent $22bn in public private participation in infrastructure (PPI) from 1990 to 2014. In the MENA region, around $105bn was spent in PPI during the same period.

Salman added that the country still requires regulations and efficient management to effectively use the PPP approach to achieve the desired growth rate.

The investment minister said EGP 360bn in investments by the private sector is required in the infrastructure sector, to help reduce the budget deficit.

On his part, Minister of Supply Khaled Hanafy highlighted that the PPP unit has opened a new scope to attract investments that help in directly raising citizens’ living standards.

Hanafy said his ministry is issuing a project using the PPP system, to develop the trade record and trademarks. The sector has not been developed electronically and this will help the private sector to access information related to trade flow.

The project will be followed by an intelligence unit that includes market data, trademark data and information on consumption, Hanafy said. He noted that there is coordination between all ministries to boost PPP projects.

On the other hand, Minister of Housing Mostafa Madbouly announced that his ministry will launch projects related to water and sanitation for private sector investments.

“We aim to establish the Abu Rawash station and develop the West Cairo water station,” Madbouly said, noting that the ministry is also launching water refining stations in El-Alamein, Sinai, the North Coast and the Red Sea, expected to be fully in service within three to five years.

Another ministerial project targeting PPP investments is refining surface projects on the Nile River; however, Madbouly stressed that this project requires “large investments”.

Madbouly explained that they are launching an internal transport project in new cities, such as New Cairo and 6th of October City, which will connect these cities to the Cairo and Giza governorates.

The housing minister is also looking for private sector partners to participate in housing projects for low-income and medium-income citizens, to offer them residential units at affordable prices.

With regard to memoranda of understanding (MoUs) signed at the Egypt Economic Development Conference (EEDC), Madbouly said a number of MoUs in urban development projects have been converted into contracts, adding that another batch of MoUs will be contracted in the coming weeks.

“The priorities of the government are highlighted in the 2030 Sustainable Development Strategy, through which the government aspires to become among the best 30 economies globally by 2030,” El-Araby explained.

Egypt is ranked 116th on the Global Competitiveness Index, launched few weeks ago.