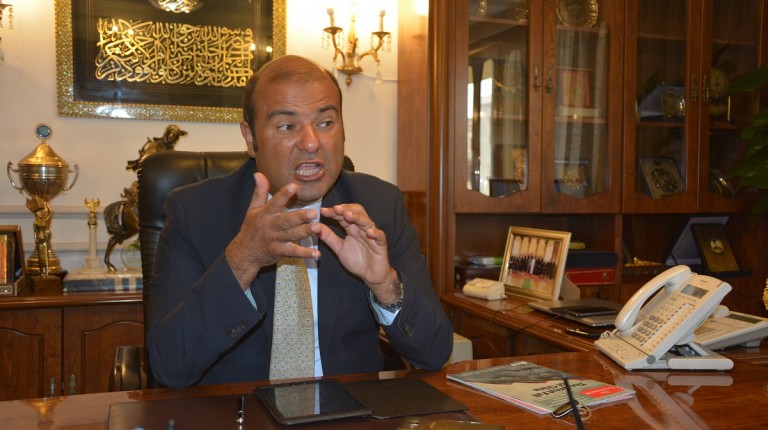 The revenues of seven subsidiaries of the Food Industries Holding Company (FIHC) have amounted to EGP 15bn in FY 2014/2015, up from EGP 8bn in the previous fiscal year, recording a 176% increase, announced Minister of Supply Khaled Hanafy on Tuesday.

Hanafy attributed the increased revenues to ongoing development operations in those companies, in addition to increases in the amount of food items distributed in consumer complexes at low prices “which encouraged citizens to make more purchases from those outlets”.

In June, the government announced intentions to amend the public business sector law (no. 203), targeting increasing the capital of the FIHC by EGP 3bn-EGP 4bn, according to Hanafy.

The Ministry of Supply had submitted a proposal to the cabinet, demanding a legislative amendment to the public business sector law. This would allow government holding companies to increase capital through the stock market, to fund future expansions.

The law prevents the funding of public business sector companies except through the Ministry of Finance and the National Investment Bank.

In April 2014, the Egyptian government approved transferring affiliates of the Food Industries Holding Company from the Ministry of Investments to the Ministry of Supply, in efforts to “deal with price hikes”.

However, the listing has yet to be finalised, as the Egyptian Financial Supervisory Authority (EFSA) has opposed the move, with the EFSA head Sherif Sami describing it as “illegal”.

The FIHC has 23 subsidiaries operating in the fields of sugar, cooking oil, soaps, wheat, rice and other various food items.

FIHC tenders for at least 25,000 tons of soyoil