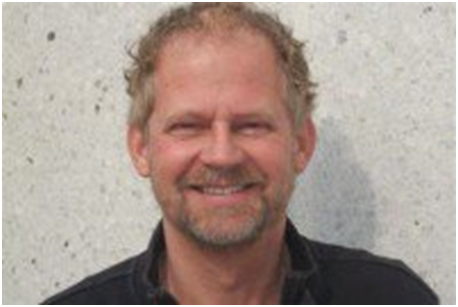 In May 2014, the Egyptian people voted en masse for Abdel Fattah Al-Sisi as their new president with a dazzling percentage, 96.9%, that recalled the good old days of former president Hosni Mubarak, who never achieved less than 90% of the vote. Still, the extremely high percentage of the people voting for Sisi may be a reflection of what was going on in that same people.

After all, they had gone through quite a troublesome period, with a revolution in 2011 against former president Mubarak, a counter revolution in 2013 against then-president Mohamed Morsi and a violent battle in the streets of villages and
cities against the members of the Muslim Brotherhood, to which the ousted president Morsi belongs. The people wanted calm and quiet to return, and that was exactly what a candidate like Al-Sisi promised them, plus the promise of a better economy and welfare for the people.

However it may be, President Al-Sisi has been in power now for nearly one and a half years, and he certainly made it clear that he has an ambitious agenda, with the newly -built second Suez Canal as climax. Within a year’s time, the new canal was dug by a company from the Netherlands, as such speeding up the time it takes to cross the channel and considerably raising its income.

But there is more. Unlike his second predecessor Mubarak, and tacitly in line with his first predecessor, President Al-Sisi regards himself as bearing religious authority as well. Numerous times he has called for a reform of Islam, in an attempt to take the wind out of
the sails of extremist Jihadist movements of Islam, such as “Islamic State” (IS), an organisation that seems to have settled on Egyptian soil as well now, on the Sinai peninsula in particular.

Al-Sisi wants to do away with these extremely violent interpretations of Islam, and adopt a
position as Islam’s reformer. And why not? Many people, especially in the West, are desperately longing for voices coming from the Islamic world itself that oppose IS and similar other movements. President Al-Sisi has intelligently understood this, and his role as religious
authority would not only wield religious support in Egypt itself, it would also strengthen the political, and therefore economic ties, with the West as well. After all, the West remains an important ally for Egypt.

Furthermore, it goes without saying that the new president has a huge challenge in physically fighting  these same extremist Islamic movements in his own country, such as “State of Sinai”, the Egyptian arm of IS. The fighters of these brigades have become more and more audacious in their attacks on the Egyptian army and police, causing the loss of many lives, and more and more bomb attacks take place in cities, even in the capital. The people expect their president to stand firm and to fight these terrorist mercilessly, and he does so. After all, that was one of his electoral promises as well.

But the hugest challenge is to establish societal peace and eventually establish real democracy. And, in that case, the armed forces won’t work. Let us take a look at the present condition of Egyptian society.

Mohamed Morsi, originating from the Muslim Brotherhood, was Egypt’s president for one year. It goes without saying that he was strongly supported by his followers, counting millions of people. After he was toppled, the Brotherhood had to face a fierce oppression by the authorities, with the killing of hundreds of its members in the Rabaa Al-Adaweya Square in August 2013 as a dramatic climax. Many more were arrested, and now wait seemingly eternally for their cases to be presented in court. The million-or-so members of the Brotherhood may be silent today, but that does not mean that they have forsaken their beliefs. After all, they have gone through earlier periods of suppression before; weren’t many of them in former president Gamal Abdel Nasser’s jails? And did they not survive those harsh times? They did.

Believing that you can eradicate the Muslim Brotherhood from the land of Egypt is as naive as believing that the River Nile will freeze. When, at due time, President Al-Sisi has done away with the Muslim Brotherhood leadership and with its streets activists and propagandists, there remain those millions of silent supporters. And those cannot be conquered by force and violence.

At that moment, the president will have to follow the path of reconciliation. He must restore unity in the people of Egypt, and excluding people never leads to the homogeneous society he so dearly desires. He and his government will have to start talking to the Brotherhood, which will never disappear from the political religious structure of the land of the Pharaohs. He will have to apply a real democratic polity and include the ones he excluded so violently.

This will be the most sensitive dossier the president faces. But when he succeeds in restoring national harmony with the Muslim Brotherhood and allowing it a role in the new Egypt he envisages, he will, in new elections, undoubtedly be chosen with as high a percentage as the
first time, but then reflecting the will and choice of the people more than ever. History will tell later if President Al-Sisi was not only the man who fought Islamic extremism, but also the one who, in the name of that same Islam accomplishing his self-imposed role as Islamic
authority, truly succeeded in restoring Egypt’s unity. It would be a real achievement if he does not face the fate of his first predecessor, who was toppled by his army, his second predecessor who was forced to resign by the people, and his third predecessor who was
killed by his own soldiers. History will tell if President Al-Sisi will earn his place as reconciliator in the pantheon of righteous rulers of Egypt.

Jan Jaap de Ruiter is an Arabist and works at Tilburg University (The Netherlands). He actively participates in the Dutch and European debate on political Islam in Europe and the Arab world. www.janjaapderuiter.eu