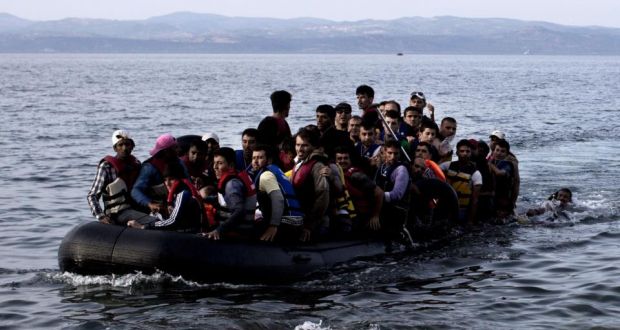 A new study aiming at combating illegal emigration in Egypt specified 10 governorates as exporters of the largest number of illegal emigrants, according to a statement from the Ministry of Foreign Affairs.

A statement released by the Foreign Ministry highlighted the importance of the study in revealing the top exporting governorates of illegal migration, to allow executive authorities to devise the development plans required to combat the phenomenon in those areas.

The preliminary results of the study, conducted by the National Center of Social and Criminal Researches, were delivered to Naela Gabr, head of the National Coordinating Committee on Preventing and Combating Illegal Migration (NCCPIM). The complete study is expected to be completed by the end of next November.

Moreover, the Minya governorate was cited last month as the second top exporting city of illegal immigration by Gabr, yet has disappeared from the study’s preliminary results.

While no statistics have been announced regarding the study, Gabr said in an interview with Aswat Masriya last month that there is a surge in numbers of minors migrating illegally on boats to southern Europe, especially Italy. Laws there allow children to remain in the country and provide them the required documentations.

A recent report by the Regional Center for Strategic Studies revealed the rise in numbers of immigrants from certain Arab countries, including Egypt. The report stated that although actual numbers remain unknown, they used the number of captured Egyptians while trying to immigrate as “a yardstick”.  There were 14,690 Egyptians caught in 2014 alone, while attempting to cross borders, which the centre said was “a substantial number when compared with other nations”.

The statement from the Foreign Ministry said the study would help the NCCPIM create a general framework for a media plan, to raise awareness on the dangers of illegal immigration.

Khaled Hassan, an economic and demographic expert, said media campaigns are not the best way to deal with this issue, as achieving economic development and creating more work opportunities are more important. He highlighted that awareness through media should take place alongside these economic reforms, not before them.

The ministry’s statement did not mention any recommendations for a legal framework to combat the issue. Current legislation in Egypt stipulates that a smuggler could receive a maximum of three months in prison, and a fine between EGP 50 and EGP 200, for illegally trafficking people.