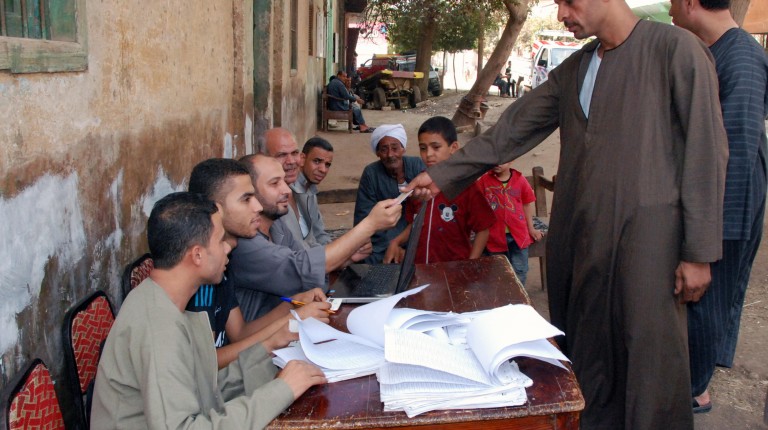 The two days did not differ much from each other and were described in most reports as “slightly rising from low to average or medium”.

Egypt witnessed a state of “political mess” during the first phase of the elections, Lamis Al-Hadidi, who hosts a program on CBC channel, said Tuesday.

Al-Hadidi criticised those who blame media for the “failure” of the elections. “Do not put the responsibility on us,” she said. “It is the role of the state and political parties to increase awareness those running for elections. They have to know by now that the political environment in Egypt does not go well.”

Amr Adeeb, presenter of Cairo Today daily show, said on Monday that there is “a contradiction in the attitude of the Egyptian youth”.

Adeeb pointed out more than 40,000 young men went to Mokhtar El-Tetsh Stadium in Zamalek on Sunday to attend the first training of Al-Ahly football team to be held under the new Portuguese coach, Jose Peseiro.

Compared to that, many youths were absent from Egypt’s parliamentary elections in the different polling stations across 14 governorates while the elderly were the majority of the voters.

“The training was on Sunday, which was also the first day of the first phase of the parliamentary elections,” Adeeb said. “This is the Egyptian youth’s way of telling all political coalitions that they have failed to attract them like football. They want to tell them that their favourite football team reflects their interests more than any political programme”.

Ibrahim Issa, anchor of a daily television show on Cairo and the People channel, also linked the elections’ low turnout to the failure of the government and the political parties.

“The Egyptian people are depressed,” Issa said on Monday. “I am talking here about the ordinary people. One year ago, they had high expectations, when President Abdel Fattah Al-Sisi started his presidential post. However, they did not see any promises realised in reality. They feel the parliament will add to this failure and will not solve anything”.

Issa said the 2015 parliamentary elections are the most “embarrassing” in Egyptian history.

Al-Sisi, then-Minister of Defence, was backed by the media during the 2014 presidential elections in which he got a sweeping victory against the Nasserite candidate Hamdeen Sabahy.

The media also supported Al-Sisi’s policies and highly celebrated the economic projects of his government including the New Suez Canal and the future promises to be executed following the 2015 Egypt Economic Development Conference.