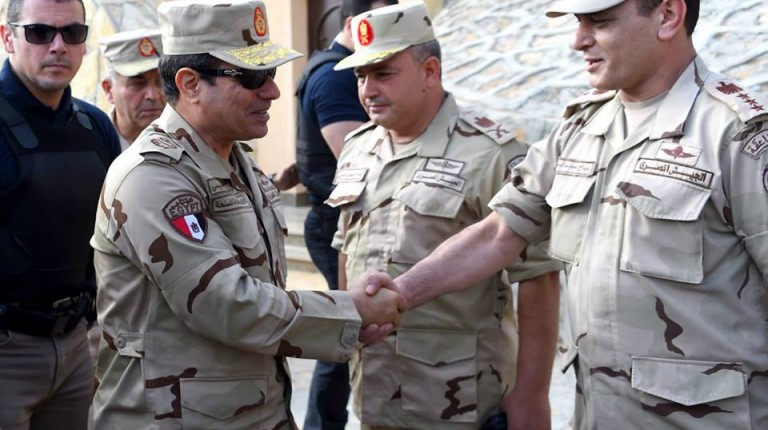 Security forces killed 20 in raids in the North Sinai cities of Al-Arish, Rafah, Sheikh Zuweid, and arrested 78 suspects of terrorism, according to a statement Thursday.

The forces were responding to gunfire from “terrorist elements”, injuring 12 people in the raid, the statement said.

Meanwhile, in South Sinai, operation “Egypt 2” was conducted near Nuweiba port. Military forces participated on Wednesday in an Egyptian-Jordanian joint rescue exercise. The mission rescued a sinking ferry after rescue signals were received, in coordination with the Red Sea Ports Authority, the naval forces in South Sinai and the Transport Ministry.

An Egyptian aircraft determined the ferry’s location and the Jordanian navy sent boats to rescue survivors, who were brought offshore and medically assisted.