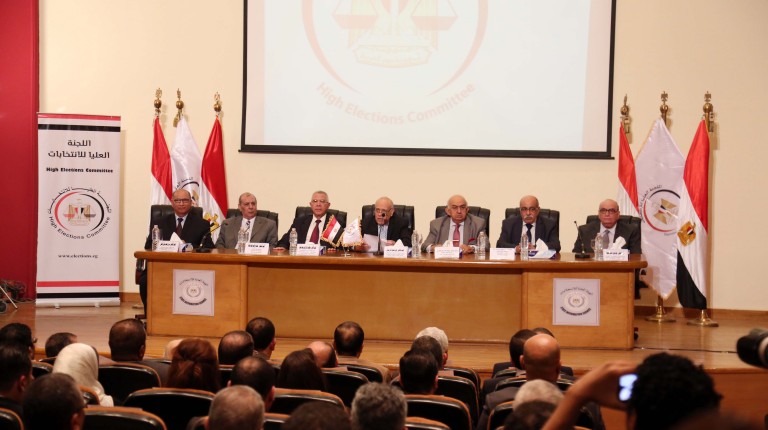 The SEC issued Wednesday the official results of Egypt’s parliamentary elections, for the first phase that took place on 17,18 and 19 October.

The voting system is divided into two parts: closed lists systems competing for 120 seats and individual candidates, for 448 seats.

The first phase was in 14 governorates: Qena, Luxor, Aswan, Giza, Assiut, Minya, Sohag, New Valley, Fayoum, Minya and Beni Suef. Those elect individual candidates in several constituencies in each governorate. For the lists, they are grouped under the Upper Egypt constituency, with 45 seats.

As for the governorates of Alexandria, Beheira and Matruh, they are under the West Delta constituency, with 15 seats.

“For the Love of Egypt” secured all 60 seats in the first phase of elections, in both constituencies, with 53.5% of votes in Upper Egypt and 58% in West Delta.

The SEC said the New Valley governorate saw the highest turnout with 37%, while the Giza governorate ranked lowest with 21%.

Only four winners were announced, and 2,548 other candidates will go for second round elections on individual seats in 14 governorates. Journalist and TV host Abdel Reheem Ali won a seat for the Dokki/Agouza constituency in the Giza governorate, with 59% of the votes.

The three others were Mohamed Dessouky and Mohamed El-Basha in Assiut, and Gamal Adam in New Valley.

There will be a run-off in all governorates’ 103 constituencies, with high competition between 2,548 candidates on individual seats, the SEC stated.

Al-Nour Party lost in West Delta governorates, such as its Alexandria stronghold, to the “For the Love of Egypt” list headed by Sameh Seif El-Yazal. Al-Nour reacted by claiming it was affected by an “organised media sponsored campaign against it”, according to party president Younis Makhioun.

He added that the party “aimed at cooperating with other parties but was turned down, and instead attacked despite Al-Nour’s claims to be a friend to civil forces and rejecting violence and extremism”, in a statement Thursday to Al-Mehwer TV.

The SEC’s president Judge Ayman Abbas had earlier announced that a total of 30,531 people voted abroad, of which 28,675 votes were valid and 1,856 voided.