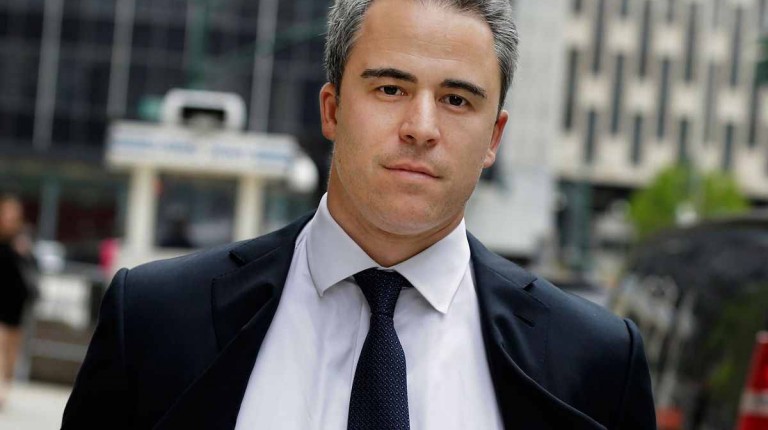 Charges against Michael Steinberg, a former fund manager at SAC Capital Advisors, have been dropped. The move follows a landmark appeals court decision.
Prosecutions on insider-trading charges in the US have become more difficult following a landmark appeals court decision. A federal prosecutor in Manhattan, Preet Bharara, (photo) said on Thursday he would move to dismiss charges against Steinberg.

The prosecutor gave as his reason a December ruling by a federal appeals court that more narrowly defined what constitutes insider trading.

Steinberg was convicted at a jury trial in 2013 but appealed. The case was held up while a federal appeals court considered a bid by two fund managers to throw out their convictions. They were based on the same evidence. The court rejected the verdicts and the US Supreme Court refused to hear the case.

The 2nd US Circuit Court of Appeals rewrote insider-trading law by throwing out the 2012 convictions of hedge fund managers Todd Newman and Anthony Chiasson. It ruled that the government had over-reached.

“These prosecutions were all undertaken in good faith reliance on what this office and others, including able defense counsel for all those who pled guilty, understood to be the well-settled law” Bharara said in the statement.

Steinberg handled technology, media and telecommunication stocks at SAC Capital’s Sigma Capital Management Unit. He was found guilty of an insider trading scheme which brought more than $1.8 million (1.62 million euros) in illegal profits. He was sentenced to three and a half years in jail.

Charges against six people who cooperated in the prosecutions of alleged insider traders have also been dropped, Bharara said. They include Spyridon “Sam” Adondakis, an analyst with Level Global Investors.

Bharara said it “would not be in the interests of justice” to insist on maintaining guilty pleas for the six cooperating witnesses.

10 most groundbreaking graphic novels of all time