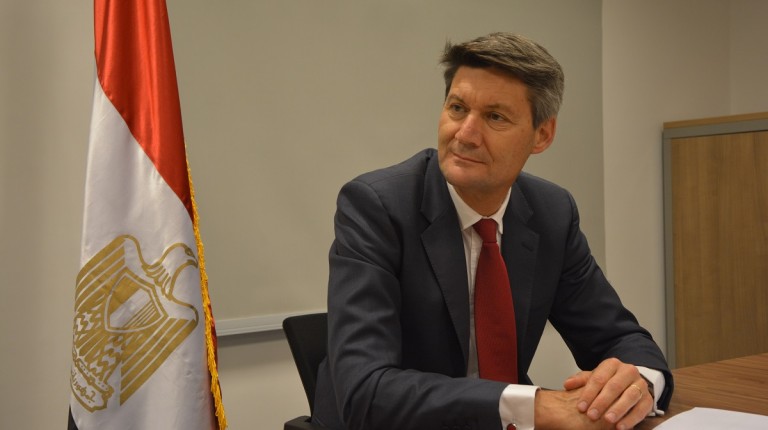 The European Bank for Reconstruction and Development (EBRD) is negotiating with the Public Private Partnership (PPP) unit of the Ministry of Finance, regarding the engagement of the private sector in the unit’s infrastructure projects.

Ter Woort said the bank is working closely with the PPP unit and its head, Ater Hanoura, on a wide range of projects, including supporting the PPP Unit through a strategy study to develop the use of the Nile for cargo shipment.

The current portfolio of the EBRD’s projects in Egypt amounts to €739m.

Last month, the EBRD announced its intension to provide a sovereign loan of up to $200m to finance the construction of a combined-cycle gas-fired power plant in Damanhour, Beheira. The project aims to provide high-efficiency power to the country, and help meet ongoing supply shortages, and contribute to improving the overall energy efficiency and carbon footprint of the power sector.

The bank further announced the allocation of €100m to finance the Cairo Metro project. This amount could be increased to a maximum of €175m if no co-financing can be obtained.

In October, the EBRD announced its equity commitment of $20m to the Ezdehar Egypt Mid-Cap Fund. The bank’s participation will help mobilise additional private sector investment in the fund.

The bank is committed to providing a number of sovereign loans to the Cairo Integrated Transport Project – Inclusion Component, which includes the second line of the Cairo Metro, by purchasing 13 air-conditioned trains, and a portion of the long-term outsourced maintenance contract, mainly covering spare parts and equipment.

Loans will also be granted for the sixth and seventh lines of the Cairo Metro by financing the future metro rail infrastructure development. The EBRD will also support the Cairo Bus Sector Reform Project by providing 500 clean compressed natural gas (CNG) buses and related depot investments, as well as supporting the Heliopolis Tram Modernisation.

Two projects from the wider Cairo Integrated Transport Project are set to be carried out in cooperation with PPP Unit, such as the Bus Rapid Transit (BRT), which aims to construct segregated bus lanes within the existing roads.

Further, the Nile Ferry project aims for the modernisation and expansion of the existing ferry service in Cairo.

In late August, the EBRD announced a long-term loan of up to EGP 200m to the Egyptian Food Company (Faragello). The loan will be used to partially refinance existing short-term debt and finance permanent working capital requirements.