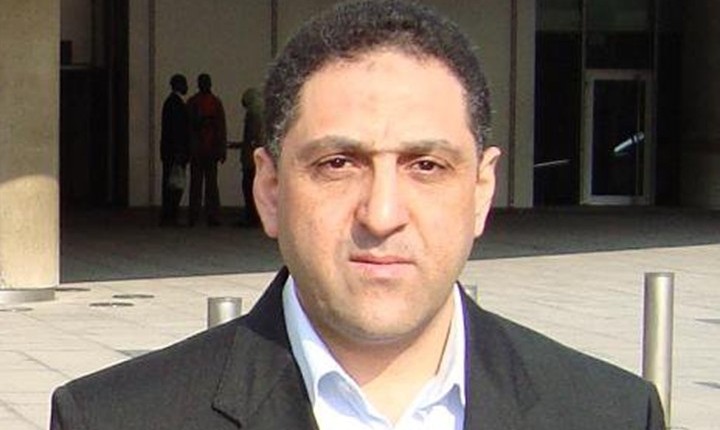 Writer Gaafar was arrested after security personnel stormed into Mada headquarters on Wednesday, on charges of belonging to the banned Muslim Brotherhood group and international bribery.

“The investigations so far show no proof of such accusation,” Al-Baqer said after attending an eight-hour investigation with the defendant at the prosecution headquarters in New Cairo on Saturday.

According to Al-Baqer, Gaafar was investigated on Thursday without the presence of a lawyer and was not able to call any of his family members or personal lawyer for help. Gaafar was not informed with the charges against him until Saturday. The lawyer said Gaafar’s health condition is good except that he stayed blindfolded for a day and half.

On Saturday, Egypt’s Press Syndicate sent a report to the prosecution, accusing the security of hiding Gaafar’s detention location after his arrest, which is considered an enforced disappearance and violates article 54 of 2014 constitution, article 36 of Egypt’s penal code and article 69 of Press Syndicate law.

The syndicate also called for the immediate release of Gaafar and called on informing any arrested persons with the reasons and charges for the arrest. They also called to permit them to call their families and not to start investigations until a lawyer is present.

Mada is a civil society organisation that aims at media and societal development in countering violence and other societal issues. It also organises training courses for civil servants to raise their awareness on conflict resolutions in their day to day work encounters.

“We will also present another report Sunday for the enforced disappearance of another journalist Mahmoud Mostafa from Al-Nahar newspaper, who disappeared since Friday dawn,” Al-Balshy told Daily News Egypt.

In mid-October, a campaign group working with the Egyptian Commission for Rights and Freedoms published the names and details of 215 individuals who documented disappearances across Egypt in August and September. The “Stop Forced Disappearances” campaign said only 63 individuals have been located since their disappearances, mainly in police stations, and often on charges of belonging to the banned Muslim Brotherhood or protesting.

The Journalists Against Torture observatory reported 51 cases of violation against journalists across Egypt in September, citing the Ministry of Interior responsible for most of the violations.

The independent group, which was established in 2013 by a group of volunteering journalists, lawyers, and researchers, said in its periodic report on Saturday that violations against media professionals varied between prevention of reporting, verbal assaults, physical assaults, destruction of equipment, and arrests.

658 violations against journalists during Al-Sisi’s first year in office: ECRF