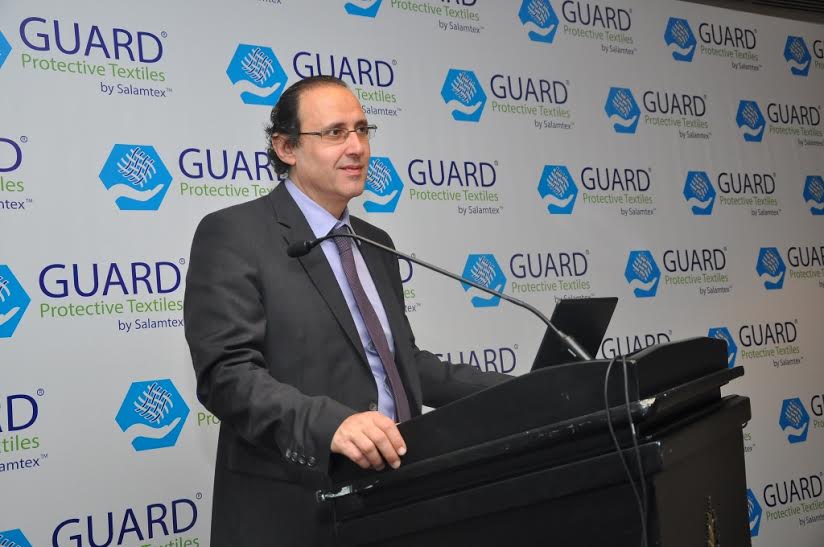 For the past three years, people were mesmerised with the TV series’ that Nelly Karim has been starring in. The emotion rollercoaster of each TV series – “Bent Esmaha Zat” (A Girl Named Zat), “Segn El Nessa” (Women’s Prison) and “Taht El-Saytara” (Under Control) – caused positive feedback from the audience, most finding it heart touching. Mariam Naoom is the scenarist of the three drama shows with plots that mirror the Egyptian society.

The popularity of these three series is not only because of the stars’ performances but it is the circumstances and scenarios the characters are placed in. Every detail about each character is described in a way that allowed the character to relate to them.

In “A Girl Named Zat”, which is based on a novel written by Sonallah Ibrahim, Naroom managed to bring out the life in Egypt between the periods of the 1950s until the 25 January Revolution in 2011. She featured the life of a girl who was born in the early fifties and lived her life in the same generation as many viewers. Throughout the personal changes that in the protagonist Zat’s life, the show also explored political, social, and economical changes that occurred in Egypt in the last decade.

Naoom’s writings brought to attention the smallest details such as accurate popular fashion, interior design, or cars models of each decade. With such scenes, crafted with accuracy, the actual footage of historic presidential speeches and other historical events, the viewer is left to wonder whether the series is about Zat or the country in which she resides.

“Segn El-Nessa” was another popular show that set the level for the art of drama shows.  Naoom featured the story of Ghalia – starred by Nelly Kareem – who was a wardress at women’s prison in Al-Qanater until she is unfairly accused of killing the father-in-law of her husband’s previous wife.  The series portrayed heart breaks, suffering, and challenges many women confront in society and their relationships with each other.  Naoom dug deep in many of the society’s taboos such as sex, drugs, and affairs in a way that allows the audience to be aware that not all those who practice such actions are bad people.

This year, Naoom’s latest TV show “Taht El-Saytara” tackled the issue of addiction. The series discussed several types of addicts who underwent rehab, some of them strong enough to continue their lives clean while others collapsed and went back to addiction. Unlike previous TV series that sought to blame drug addicts for destroying their own lives or the lives of their families and friends, “Taht Al Saytara” introduces the principle that addiction is a chronic disease, portraying the drug addict as a patient who needs help and support at all times. It describes addiction as a test from Allah, not a choice.

It also dug deeper into the world of addiction, giving valuable information about the effects of every type of drug and how parents can figure out what types of drugs their children might be taking.

The series mainly focused on different rehabilitation programmes, paying special attention to the international Narcotics Anonymous programme that is known in Egypt as “Zamalet El-Modmeneen El-Magholeen”.

In a special interview with Naoom, Daily News Egypt talked with her about her experience in writing, her future dreams, and ambitions.

Your three shows all have something in common, a female who fights to get her basic rights; is that a coincidence or do you write that on purpose?

It is not necessarily the main goal I write for but this is the reality we are living in Egypt. Women have to be fighters in our society; otherwise they will be smashed and destroyed.

We fight to learn, work, raise our children and raise our social level into a higher level.

In a society like ours, if a woman falls, she does not fall alone but brings her family members, who count on her, down as well.

How do you see the role of Egyptian women play in society?

As I said, the main theme of women’s lives in Egypt is fighting. We fight for our rights at every level of our lives.

Women hardly fight to take their simplest rights that men take in the same situation and that happens in all social levels and classes, no matter what the battle is about.

In several series, you tackled the issue of decreeing values and ethics in Egypt; what are the main negatives you aim to fight in society with your work?

We have a huge ethics problem in our society regarding double standards. We also terribly judge others and things even if it has nothing to do with us. This applies in several aspects of our lives like whether religiously or ethically and that is one of the things I discussed in “Taht El-Saytara” ,how people judge others based on their past.

Speaking of “Taht El-Saytara”, why did you decide to discuss addiction, especially since the topic was already featured several times in movies and TV shows?

The subject was discussed so many times in all types of shows but it was never discussed openly, the way we presented it. It was always shown in a limited vision, without going into details. People always thought that an addict is bad person but they were never presented as normal people who suffer from severe illness and in need of support to cure.

The way you discussed addiction in “Taht El-Saytara” makes everyone wonder, did you have any personal experience with it?

I did not personally know any addicts but I come from the generation in which we happen to know colleagues who got trapped into that path and never got out of it.

Then how were you able to describe the smallest details of an addict’s life in show?

I did a lot of research for a year and a half before I started writing the script. I sat with previous addicts and some who are still in rehab to know the exact details of their addiction journey.

The series was accused of being similar to the novel 1/4 Gram, which also discusses the addict’s lives and the programme they undergo at Narcotics Anonymous; how do you see the similarities between both works?

They both have the same theme, which of course is addiction, yet each has a different story from another. We both sat with different addicts and we both discussed the Narcotics Anonymous rehabilitation programme but in two different ways. We are not the only two who discussed the idea of addiction.

There have been hundreds of TV shows, books, films, and even radio programmes about addiction and yet what makes each different is the angle it tackles the idea.

Is there any specific novel you want to transfer into a TV show?

There are a lot actually but what I can say now is the novel I am currently working, “Wahet El-Ghoroub” (Sunset Oasis) by Bahaa Taher.

The diaries of women living alone

Ramadan’s series, only for the brave