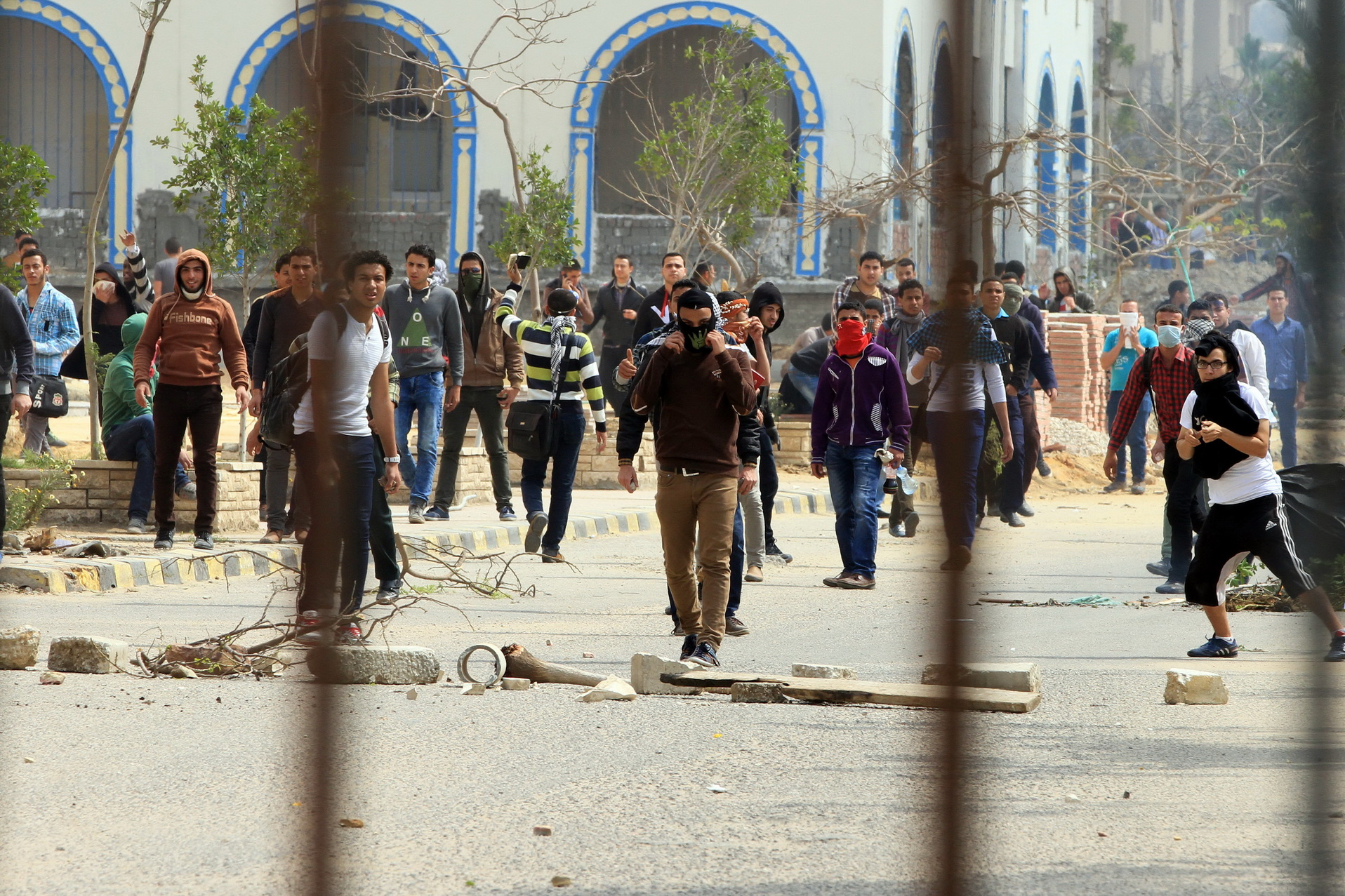 The court considers “insulting the army” as an act of inciting violence, which obligates the heads of universities to suspend those who commit such acts to “establishing order” within universities.

In two separate incidents in October and December 2014, expelled students reportedly chanted statements against the Egyptian Army, the police force, and the Grand Imam of Al-Azhar. The students were then arrested and subjected to administrative investigation.

The judge alluded to presidential decree 134/2014, which reorganises Al-Azhar and its bodies for the purpose of safeguarding university life from violence and acts of sabotage and to establish stability. The decree gave the heads of universities the right to expel students who commit any of the four stipulated violations.

Those violations are committing acts of sabotage that endanger the academic process or university facilities; bringing weapons, fireworks or any objects that could be used to inflict damage; contributing by any means to the obstruction of the academic process; and inciting other students to commit acts of violence and the use of force.

According to the court, the fourth violation “inciting violence” was not clearly defined by the legislator. Therefore, the court interpreted the students’ chants in this case as “verbal methods” used to attack state institutions and encourage others to commit acts of violence.

The aforementioned decree was issued prior to the incidents under investigation, since it became effective on 23 October, 2014.

Mohab Saeed, a lawyer at the Association of Freedom of Thought and Expression (AFTE) who works on providing legal assistance to students, told Daily News Egypt that “all amendments that were introduced to the laws organising university life are being constitutionally challenged”.

The laws contain “elastic” and vague articles that make them amenable to interpretations that expand the authorities’ ability to dismiss students, according to Saed.

“Protests have significantly decreased during the current academic year”, he said, “Most of the revolutionary forces, whether Students Against the Coup (SAC), Brotherhood supporters, or leftist and liberal groups, have greatly reduced their activity on campus as they no longer see any benefit”.

The reasoning it made its decision, the court explained that “counter-revolutionary forces” have been taking advantage of the youth’s enthusiasm and directing it towards the use of force and performing acts of sabotage, particularly in universities, which the court labelled it as potential “battlefields”.

Over the current academic year 2015/2016, 807 protests took place across all Egyptian universities, which marked a significant decrease compared to the 3,000 protests that occurred in 204/2015, the Independent Observatory Democracy Index reported.

It reported 600 cases of dismissal across all Egyptian universities over the past academic year, with at least 1,000 arrests.

146 protests and 10 student arrests in universities and schools: Democracy Index