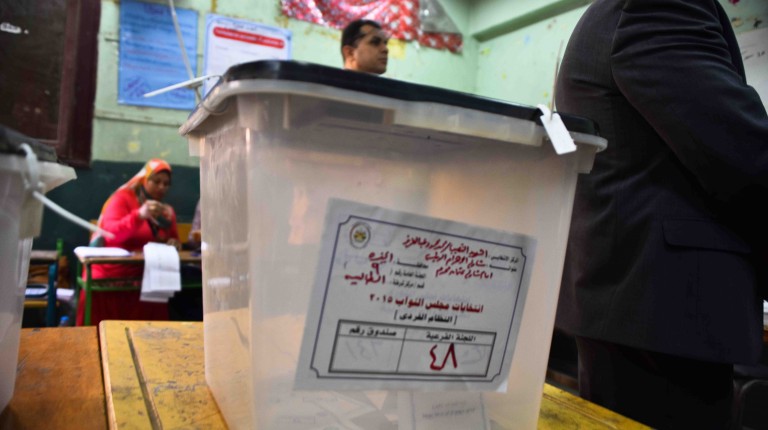 Egyptians abroad voted in runoff elections Monday and Tuesday, but according to Head of the Egyptians Abroad Union in Saudi Arabia Emam Youssef, voters turnout might have been even lower in the runoff elections than in the first round.

“The period between announcing results and second rounds was extremely limited for us to know the candidates,” said Youssef. This was despite his hopes that this issue would be resolved, based on “many complaints of voters abroad”.

Youssef continued that in addition to this, the period was full of appeals on the first results, which confused voters even more, as they did not know who won and who was rejected.

“Neither the media is focused on informing voters, nor are voters themselves able to become acquainted with candidates,” Youssef said. He further demanded that state-media put more efforts into increasing people’s awareness.

“I don’t understand why state television is not fulfilling that role. If they dedicated only five minutes to each candidate to speak about their programmes, it would really help us,” Youssef told Daily News Egypt Tuesday.

He was particularly referring to the Sout Al-Shaab channel affiliated to the Egyptian state TV, which was launched specifically for parliamentary affairs, according to the channel’s own description posted on their official Facebook page. Nonetheless, according to news posted on the same page, the channel has only devoted a few hours intermittently for that purpose.

Youssef’s constituency is in the capital Cairo, which will elect in the second phase in November. Yet, he does not know any of the candidates. The SEC is going to announce candidates for the other 14 governorates on 3 November, which Youssef finds inconvenient for voters to form opinions.

On the other hand, Deputy Foreign Minister Hamdi Loza said in televised statements Monday night that there was a high turnout at the Egyptian embassy in Kuwait. Nonetheless, Loza claimed lower turnout than in the first round, which had a total of over 30,000 voters.

Loza said about 2,000 voters abroad are not going to be counted in this round. “They are the voting bloc in four constituencies where elections were cancelled by the Supreme Electoral Commission (SEC) upon court orders,” he stated.

Meanwhile in Egypt, electoral bribes and illegal campaigning took place near polling stations across almost all governorates. The Maat foundation’s international observation mission reported on such violations since the morning.

Bribes varied from free rides to polling stations, to cash bribes and food distribution, mostly in Alexandria. Voters were also handed out ads and directed to vote in favour of certain candidates, according to the observatory mission.

In a rare instance involving civil society organisations, the mission reported that in Alexandria’s Dekhela district, candidates “used a charity association to distribute money (EGP 50-EGP 100 for each vote) to residents to vote for them”.

The National Council for Human Rights (NCHR) also said it noticed that some polling stations were delayed in opening.

On a final note, Daily News Egypt observed in Imababa that there were “attempts to obstruct the media from portraying empty polling stations and electoral bribes”.