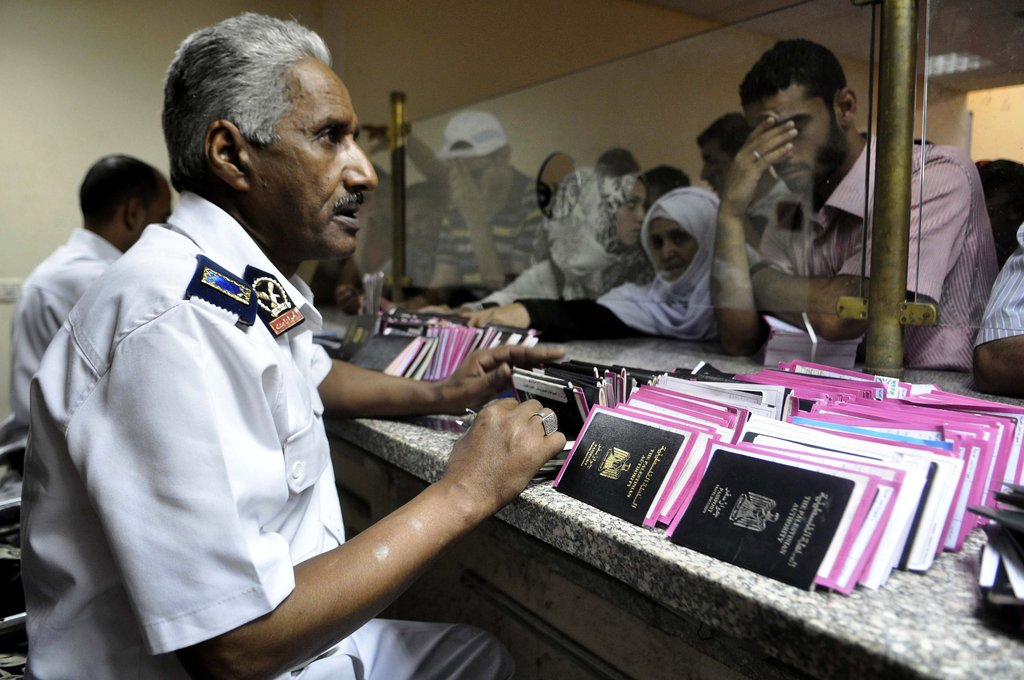 Human Rights Watch (HRW) raised its concern about what it called “travel restrictions” on civilians in Egypt, saying that the state is turning its borders into “de facto prison walls”.

In its Sunday report, the watchdog said that “security agencies are increasingly putting in place restrictive and intimidating measures that include confiscating passports and victims of such policies are leaders and members of political parties, youth activists, as well as individuals involved in NGO work.”

The organisation, which is closer follower of the Egyptian political and social environment and much criticised by pro-government forces, recommended that “Egyptian authorities end these non-judicial restrictions, [and] give citizens recourse to challenge travel bans, and return their passports.”

“Egyptian authorities jailed thousands of dissidents in the past two years and are now turning the country’s own borders into de facto prison walls,” Nadim Houry, deputy Middle East and North Africa director at HRW said.

The foreign ministry spokesperson was not available for comment and the ministry has yet to issue a statement to respond to the accusations.

The lengthy watchdog report cited cases where individuals were stopped at Egyptian airports and interrogated members of the Homeland Security apparatus and had their passports confiscated, citing 32 cases.

In many cases of travel banning, “security reasons” are cited and no official entity clarifies incidents.

According to article 62 in the 2014 Egyptian constitution, “freedom of movement, residence and emigration shall be guaranteed. No citizen may be prevented from leaving the State territory except by a reasoned judicial order for a specified period of time and in the cases as defined by the Law”.

A representative from the ministry’s media office said that security forces ban travelers who are sentenced or who are still facing trial, with the permission of the judiciary. They refused to comment about whether the ministry has “lists” of countries where Egyptians are restricted to travel to.

One traveler told Daily News Egypt that due to “deteriorating relationship with some countries and the absence of security in many states, stipulates that one has to present their papers and request permission to travel from the Mogamma.”

The traveler said in three days, the individual should return to the building to collect the security permit which is basically the confirmation that they do not have any “terrorist” or “suspicious connections”.

A former colonel in the Egyptian army who served in the intelligence department said the “process of investigating and banning certain members exists for security reasons that might include threats to national security, or that is how officials see it”.

The source, who chose to remain anonymous, said that usually “officials carry these procedures with countries which do the same”.

Decisions of travel ban usually fall within security officials who include the Ministry’s Passport and Immigration Authority and the state security apparatus, the General Prosecution who may issue orders to ban individuals awaiting trials, and the foreign ministry who follows up on statuses of Egyptians abroad and in some cases issue travel warning to certain countries.

There is no clear article that explains situations where individuals should be banned from leaving the country. Last January, former foreign ministry spokesperson Bader Abdel Ati told state owned media that there is coordination with the interior ministry to “reconsider decisions to ban Egyptians below age 40 to Libya and to make exceptions” since some individuals are married to Libyans or who have families in Libya.

The travel ban on six Egyptian businessmen was lifted in August by an official court decision, despite their involvement in a trial case concerning illicit gains that was pending since 2011. They included businessman Magdy Rasekh, the father-in-law of former president Hosni Mubarak’s eldest son Alaa. Rasekh was facing charges of illicit gains and waste of public funds along with then-Minister of Housing Ibrahim Salman by facilitating illegal acquisition of state-owned lands in favour for personal gain.

Others were banned from managing their assets and travelling, all part of a list of 153 Mubarak-era businessmen and their families issued by the Egyptian Financial Supervisory Authority in March 2011.

Should I go? The impact of government advisories for travelers to Europe