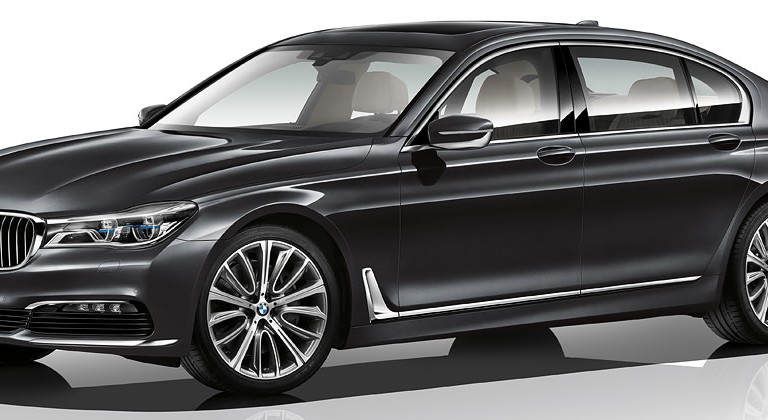 The Bavarian Auto group, the sole importer of BMW and Mini in Egypt, launched the sixth generation of the BMW 7 Series.

The cars are provided with headlights that operate via laser techniques.

The rear-seats are equipped with BMW’s famous Connected Drive system, through the Touch Command system.  The system operates on Samsung tablet devices, providing full ability for cabin users to control the car systems, access to programmed massage devices, and entertainment and information systems.

The driver’s seat is equipped with the Consult Control feature that was added to the Connected Drive system that allows drivers to control the sound level remotely by moving their hand left or right.

The car is available in two models, the customer can choose between a short or long wheelbase, and two engines. The 740 Li model has a six-cylinder engine with a capacity of 3.6 litres, while the 750 Li x drive model has an eight-cylinder engine and achieves a peak output of 450 horsepower.

Regarding the engines, the series’ different models will come with a variety of engines. The V8 engine has a capacity of 4400cc and 450 horsepower. This engine can be found in the 750i 4 wheel drive model.  Also, the series also includes a new generation of engines, composed of six-cylinder, with a capacity of 3000cc and 326 horsepower, which is available in 740i and 740iL models.

The group announced that pre-ordering will begin this week, with prices ranging between EGP 1.65m and EGP 1.7m.