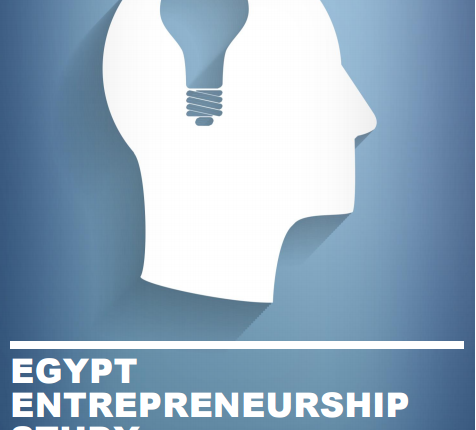 A study was conducted by Business Sweden in order to obtain a comprehensive overview of challenges and opportunities for small and medium enterprises (SMEs) in Egypt. It also includes insights on the state of the Egyptian market in general.

The report reveals that entrepreneurship is significant for the advancement of developing countries such as Egypt.

“Egypt’s economic performance is rated as weak in the World Economic Forum’s Global Competitiveness Report, but there seems to be a growing interest and efforts to improve the business climate,” the report reads. Therefore, the report adds that the Swedish experience in the field of entrepreneurship and SMEs could be employed.

The report reveals that Swedish-Egyptian cooperation in this sector will aim to facilitate dialogue between Egyptian and Swedish entrepreneurs, strengthen the entrepreneurship sector in Egypt and contribute to enhancement of entrepreneurial skills of young Egyptians.

According to a demographic analysis, 29% of the Egyptian population was aged between 15 and 29 years in 2013, which is a huge force that can stimulate the country’s development “if used in the right way”, according to the report.

Regarding the information and communication technology (ICT) sector in Egypt, the report said it has remarkable potential in the field of entrepreneurship, highlighting the examples of Bey2ollak and DrBridge.

However, it added that currently more than 65% of entrepreneurial projects are concentrated in retail, trade, hotels, restaurants and manufacturing, while the ICT sector records less than 2%.

Meanwhile, the report highlighted a number of challenges facing entrepreneurs in Egypt including; education, access to finance, the legal regulatory framework, cultural mindset and social norms, growth and scaling up, and difficulty in reaching the market.

Regarding education, the report said the quality and reach of education, particularly in rural and remote areas of the country, is a major challenge in Egypt, adding that around 17.2 million Egyptians are illiterate.

For decades, the domination of the public sector and state owned-enterprises created the culture of working for the less-demanding and secure public sector, the report said.

In addition, the report noted that the government is also responsible for placing every graduate of a secondary schools or above into employment.

“It has been widely believed that the decades of public sector domination (since the 1952 revolution) have destroyed the entrepreneurial spirit within the young generations in Egypt,” the report added.

As for the access to finance, the report mentioned that there are few financing options, as well as high investment risks and poor structure of investment climate.

On the other hand, it also acknowledged the role of the Social Fund of Development (SFD), which mainly focuses on very small and micro-sized start-ups that lack the aspect of innovation.

This implies that there is a financial gap for small and medium-sized start-ups, which require financing loans ranging between EGP 2m and EGP 10m, according to the report.

The report added that the access to finance for SMEs in Sweden can also be challenging, although most small and newly-established companies finance their own endeavours and do not rely on external capital.

Discussing the legal regulatory framework, the report noted that in Egypt the processes and procedures for registration and of starting up businesses are complicated, which makes it one of the main barriers for entrepreneurs to enter the Egyptian market.

In 2014, the government proposed the one-stop-shop system at the General Authority for Investment and Free Zones (GAFI) in order to attract investors. The one-stop-shop is supposed to provide all necessary licenses and approvals required for establishing new businesses. However, it has yet to be enforced

The “Doing Business Report”, issued by the World Bank, ranked Egypt 112nd in 2015 amid countries.

Government bureaucracy and long complex procedures make it difficult for people to start their own business, which leads them to leave work, or to work in an informal manner, according to the report.