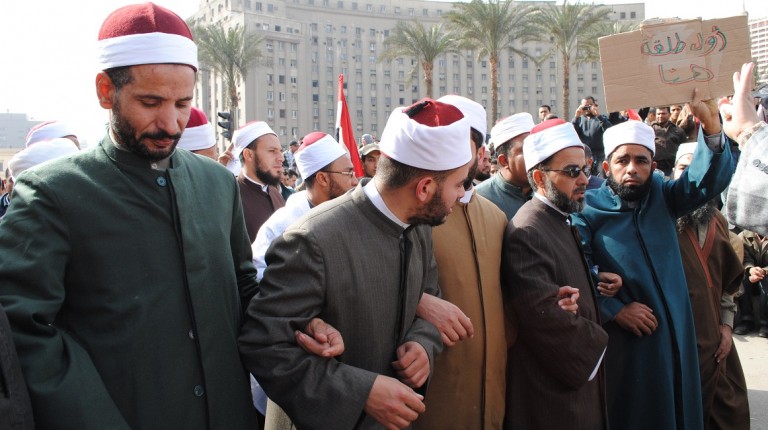 The Ministry of Religious Endowments suspended Imam Osama Mohamed of Mecca Mosque in Nasr City on Sunday and referred him to investigations.

The statement said investigations are currently taking place because of complaints filed against him for “practicing violations against his job nature”. However, the ministry refused to disclose further details, despite several attempts at contacting its information office.

About a dozen others were also banned from preaching over the past year for religious speech violations, according to the ministry’s figures.

Following the ouster and banning of the Muslim Brotherhood regime in 2013, the ministry took further measures to tighten religious speech in Egypt.

At least 12 preachers in Alexandria were referred to investigations for preaching without permission and using mosques for electoral campaigning, the Ministry of Endowments said in a statement mid-October.

In August, the ministry requisitioned two mosques in the city of Fayoum, amid measures to regulate religious speech in Egypt.

12 preachers banned in Alexandria for preaching without permission