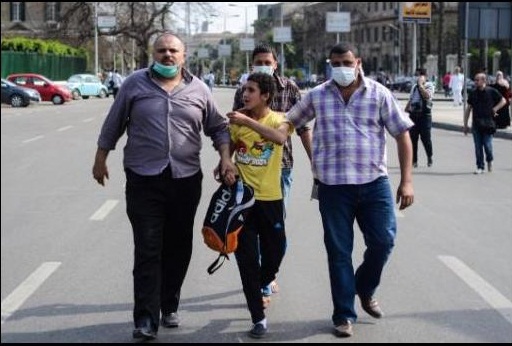 Seven local rights groups will launch on Tuesday a week-long campaign in solidarity with citizens who were forcibly disappeared recently.

The groups include the El Nadeem Centre for Rehabilitation of Victims of Violence, the Association of Freedom of Thought and Expression (AFTE), the Freedom for the Brave initiative for monitoring prisoners’ rights, and the Egyptian Commission for Rights and Freedoms (ECRF), among others.

In a joint statement, the NGOs called on authorities to immediately disclose the detention locations of those arrested from their homes, streets or work places and are still missing, to enable them to get in touch with their families and personal lawyers.

The campaign will present the Prosecutor General with reports on the missing citizens, and will blog their stories along with their pictures. It will conclude with a press conference by lawyers who will share the possible ways of tracking the detention locations where the missing are being held.

“Holding citizens secretly in custody, preventing them from official investigations and communication with their families, means shoving confessions down their throats under threat of torture, and then referring them to unjust trials,” the statement said.

Egypt is not a signatory of the international treaty to protect those who are forcibly disappeared. However, the 2014 constitution, which is the country’s supreme legislation, states in Article 54: “Personal freedoms are protected. Unless the person is red-handed or witnessed while committing any crime, it is not allowed to inspect or arrest him.”

There are a total of 1,250 recorded cases of forced disappearances in the first eight months of 2015, according to an ECRF report entitled ‘Behind the Sun’ in late August. The NGO also registered a further figure of 228 disappearances, aside from the 1,250, who have disappeared and have yet to reappear.

Among the individuals who were forcibly disappeared are a group of men who appeared in a video, released in mid-July by the Ministry of Defence, in which they confessed to belonging to a terrorist network and claimed responsibility for attacks on state facilities and personnel.

Other individuals appeared in prisons later on, or faced military trials, while others died inside detention cells.