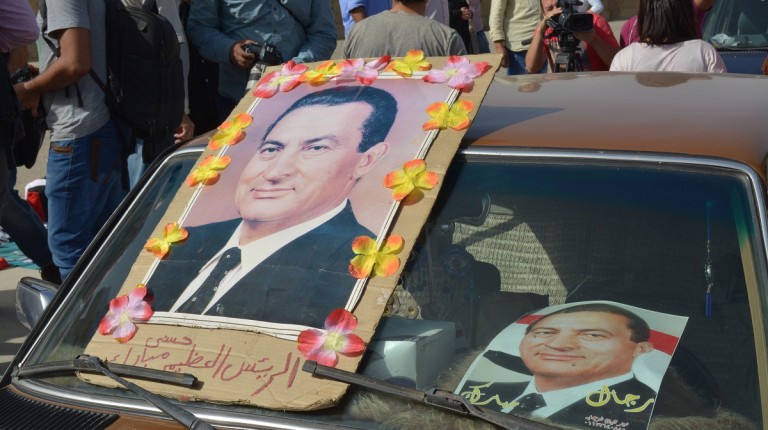 The Cassation Court in Cairo adjourned Thursday the re-trial former president Hosni Mubarak to 21 January, in the case of killing protesters during the 25 January Revolution in 2011, also known in the media as “the trial of the century”.

According to state-owned media Al-Ahram, the court is to look into a second appeal on Mubarak’s previous verdict in the case, in which charges against Mubarak had been dismissed in November 2014, as the court lacked evidence to uphold murder charges against him.

The session was to be held at the Supreme Court House not at the Police Academy, according to Cassation Court protocols, being the highest and last judicial step possible in the case. The upcoming court decision cannot be reversible and the defendant must be present in person.

Al-Ahram reported that the judges did not allow the session to be at the Police Academy despite security risks, while supporters of Mubarak gathered at the Court House on Thursday morning.

The case was postponed due to Mubarak’s absence, but local reporters at court said the judge had received an official request from the Interior Ministry along with a medical report of Mubarak’s condition demanding the trial to be held at the Police Academy, also for health reasons that require medical equipment transfer.

The Criminal Court had previously ordered the acquittal of Mubarak, his sons Gamal and Alaa, and former Minister of Interior Habib Al-Adly, along with six of his aides on charges of killing protesters.

However, last March, the Court of Cassation’s Prosecution demanded Saturday the reopening of the murder charges case against Mubarak over the 25 January Revolution events.

Both Mubarak and Al-Adly denied issuing orders to kill protesters during the 25 January Revolution in their defence testimony before the Cairo Criminal Court.

The Cassation Prosecution also added that the court ruling on Mubarak’s acquittal is illegal because the Criminal Court listened to the testimonies of only some of the witnesses and not others. Mubarak was also accused of harming public funds through the exportation of natural gas to Israel.

The first session in this case took place on 4 August 2011. Mubarak was sentenced to life imprisonment in 2012. However, the Court of Cassation accepted Mubarak’s appeal and ordered a re-trial before a different Criminal Court in 2013.

The prosecution ordered Mubarak’s first detention period after receiving reports on the killing of protesters during the 25 January Revolution, abuse of power and corruption. He was referred to the Criminal Court the following month. Mubarak was arrested in April 2011.

‘Trial of the century’ resumes