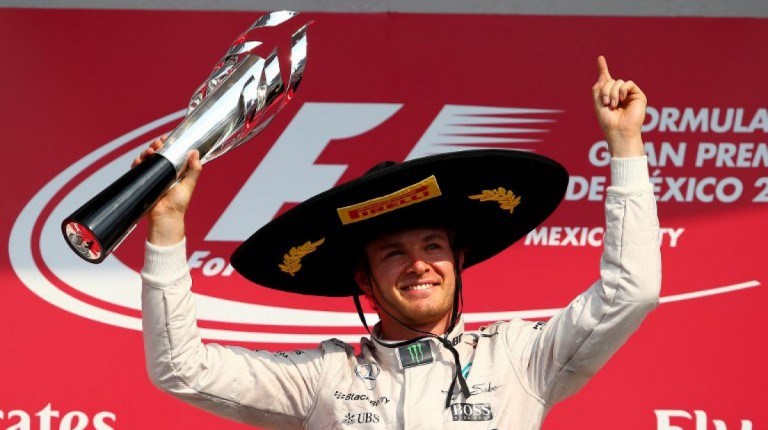 The last title he achieved was in the Austria Grand Prix in June, Rosberg’s fourth victory this season within the Formula One calendar.Rosberg won the race came by achieving a time of 1:42:35, collecting the full 25 points of the race. British driver Hamilton came second with a 1.9 second difference, and 18 points.

Rosberg also got the best time in the race on lap 67 after he completed it in 1:20 minutes.

The Ferrari team did not have a good day since both drivers withdrew as a result of an accident during the race; Räikkönen crashed with Bottas.

Sebastian Vettel also had an accident at the seventh corner, leading Ferrari out of the race without any points for the first time since the Japanese Grand Prix in 2014. It is also the first double withdrawal of the Ferrari drivers since the Australia race in 2006.

Spanish McLaren driver Fernando Alonso also withdrew from the race at the end of the first lap as a result of a problem in his car’s power unit.

Champion of the Mexico race Nico Rosberg is second in the drivers’ annual ranking of Formula One drivers, with 272 points behind Lewis Hamilton, who tops the list with 345 points.

This year the Mercedes team tops the list with its 617 points, 243 points ahead of its closest rival Ferrari’s with the end of the year’s competition, in which only two races remain.

The ranking of the top 10 drivers is as follows: