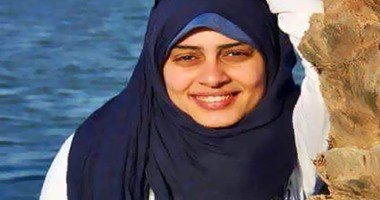 The Doctors’ Syndicate criticised a report by the health ministry on Dalia Mehrez’s death in Ismailia on Thursday, which contradicts the syndicate’s report by claiming her death was due a previous car accident that fractured her skull.

The syndicate believes the ministry is deliberately concealing information on infected doctors.

Hossam Kamal, the syndicate’s spokesperson, told Daily News Egypt on Saturday that “the ministry lied in its report and claimed her death was a result of a car accident that took place five years ago”.

However, according to Kamal, a medical report on her condition by the Ismailia General Hospital stated she was infected with the Meningitis virus.

“There is an intentional concealing of information on other similar cases. There are probably dozens of other doctors who faced similar infections; many died last year but we only counted a few of them coincidentally,” Kamal added.

The ministry statement on their report had also highlighted the governmental efforts to follow up on her case since she was first held in the hospital last Monday.

It mentioned that Health Minister Ahmed Emad El-Din decided to cover her treatment expenses and assigned the Ismailia medical insurance authority director to visit her almost a week after she was held in the hospital, but then he learned about her death on his way to Ismailia.

Mehrez, who left behind a one-year-old child, was included in the Minister of Social Solidarity’s aid plan, to be determined after assessing her needs, the statement added.

During a demonstration that took place Saturday morning in front of the Ismailia General Hospital, as a memorial service for Mehrez, the demonstrators denied that any attention or support was given to Mehrez’s case by Ismailia healthcare officials.

Mehrez was infected while working in a medical convoy with Ismailia residents, the Doctors’ Syndicate reported on Thursday, the day of her death. The ministry affirmed she was held in the intensive care unit as she faced complications, including a rise in body temperature, cramps, and a cognitive disorder.

The syndicate further criticised the fact that doctors are given only EGP 19 as compensation for infection during work, despite the emerging deadly dangers they face in their jobs.

A Doctors’ Syndicate lawyer, who filed a case at the State Council calling for an increase in compensation, previously told Daily News Egypt that he received 30 cases of doctors who have been infected by viruses in the course of their work since late 2014, including one doctor who had died. However, he argued that the numbers are far from the reality, as many doctors opt not to reveal they were infected.

The syndicate called on immediate and clear endorsement to protect doctors from the threats they face during their work and allocating full pensions after their death, in addition to the increase of the compensation amount, which they described as “an insult” compared to what the doctors face on daily basis.

A number of doctors also previously spoke to Daily News Egypt about their daily encounters and the risks they face during their work, without any protection.

Hadeer Mamdouh, a dermatologist at a medical centre supervised by the Ministry of Military Production, said: “As a dermatologist, I could get infected by only touching the patient.”

Similarly, Ahmed Salah, a residential doctor at Abbasiya Psychiatric Hospital, who also works in an independent observatory named Doctors Without Rights, estimated that four or five doctors have recently died due to infection by viruses during their jobs. Hepatitis-C is the most widespread virus among doctors.

A report released by the Egypt Centre for Economic and Social Rights (ECESR) in early June said the amount of governmental expenditures on healthcare in Egypt is 5.4%, which is far less than other countries in Africa, such as Djibouti, which has healthcare expenditures upwards of 14%.