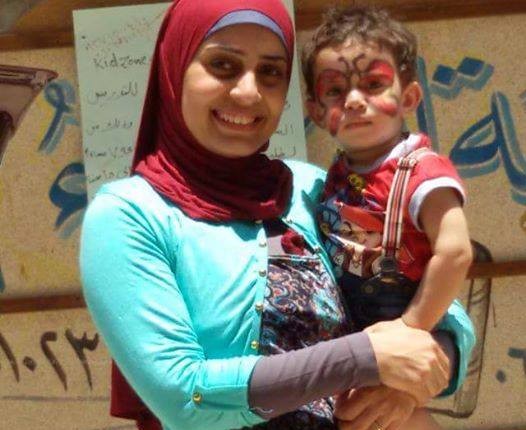 Not only do doctors who get infected in Egypt receive only EGP 19, but there is also very limited access to medical treatment.

Dalia Mehrez, 28, a doctor who died in Ismailia from a meningitis infection during work, is still, according to the health ministry, a “car accident” casualty. According to her husband, Mehrez received very limited treatment when he attempted to admit her in the Ismailia General Hospital.

The Doctors’ Syndicate decided to allocate EGP 2,000 as compensation to Mehrez’s family, the largest amount of compensation the syndicate can give from its fund according to the law.

In its urgent meeting on Saturday, the syndicate also decided to send an official letter to Minister of Health Ahmed Emad El-Din calling for paying the medical treatment expenses of the doctor when she was infected, providing healthcare facilities with the needed equipment for infection prevention, and considering Mehrez’s case as injury during work.

Ihab Al-Taher, the syndicate’s secretary general, told Daily News Egypt: “Any place that does not have needed equipment for protection of infections should not operate in the first place, because it will kill patients instead of treating them.”

“Health ministry statements are provocative and regulations announced inside hospitals for protection against infections are not in practice,” he added.

Another regulation issued by former Prime Minister Ibrahim Mehleb stated that any citizen has the right to access healthcare in case of emergencies for the first 48 hours without paying any fees, but Mehrez could not share the privileges of such a decision as she was denied healthcare in the public hospital in Ismailia.

“We could not find a bed in the public hospital, the doctors there gave her two vaccines and that was it,” her husband said in a TV interview on Saturday night.

He added: “I decided to take her to another private hospital, hoping for better treatment, but I could not find anyone to get permission for the transferral, so I took her to the other hospital and nobody cared to ask me what I was doing.”

As soon as they arrived at the private hospital, the administration refused to admit her in the emergency unit until EGP 5,000 was paid. “If I was not able to get the needed amount at that time she would have died on the street,” her husband said.

The intensive care unit of the Suez Canal Specialised Hospital examined her and it was revealed she was infected with meningitis. But the health ministry report issued on Friday, a day after her death, stated that the cause of her death was a car accident that happened five years ago.

Mehrez was taking part in the national campaign of vaccines for families against German measles, but then she was requested to join a mobile clinic in the Qantara Gharb area of Ismailia. Shortly afterwards, she had symptoms of nausea, rise in temperature, cognitive disorder, and cramps.

She is among at least 30 others who were also infected with deadly diseases during their work, according to a Doctors’ Syndicate lawyer.

“We were supposed to celebrate our engagement anniversary on 8 November,” her husband concluded during the interview, wondering who will compensate for her loss and the one-year-old child she left behind.