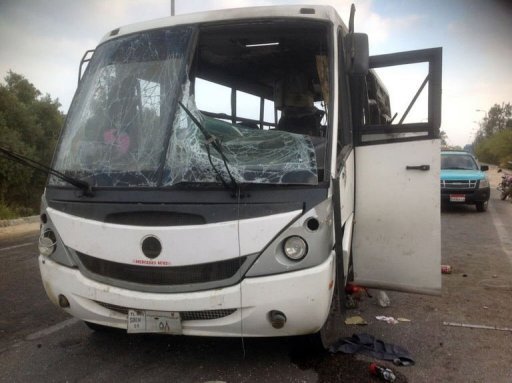 A total of 40 Egyptians agricultural labourers were injured in a bus crash in Saudi Arabia on Monday, where 34 had minor injuries.

The Egyptian workers, employed by a Saudi sponsor, completed their work day and were on their way back to Cairo via Daba Port when the bus crashed.

Egyptian Foreign Minister Sameh Shoukry contacted the Egyptian Consulate in Jeddah to check on the injured Egyptians’ status. The foreign minister’s assistant for Egyptians’ affairs aboard Hesham El-Naqed is following up on the incident with the General Consul in Jeddah Adel El-Alfy.

El-Alfy sent representatives of the consulate to the hospital to ensure the injured Egyptians’ safety. El-Naqed announced that the Saudi authorities decided to keep the 40 Egyptians in the hospital until a ferry arrives to return them to Egypt.

Fifty-three Egyptians have been assumed missing since early October, following the infamous Mina stampede that occurred and on 24 September, killing at least 37 other Egyptians in the Mecca pilgrimage.