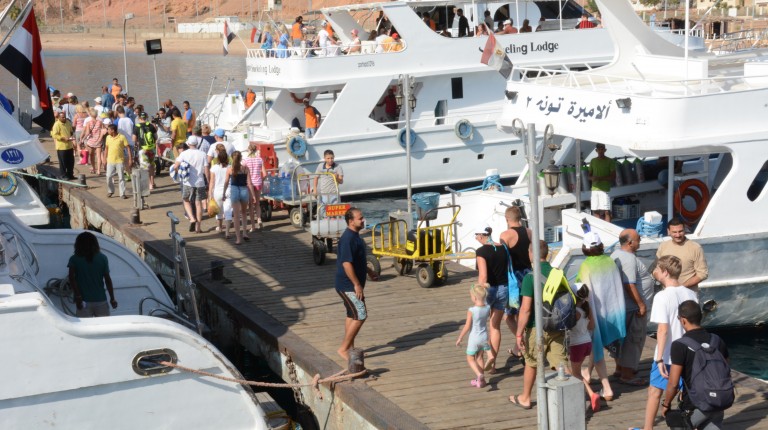 The new governor of the Central Bank of Egypt (CBE), Tarek Amer, is set to meet with the South Sinai Investors’ Association next Sunday.

Sources told Daily News Egypt that Amer will hold a meeting with investors and the Federation of Egyptian Banks (FEB) to cope with the current crisis faced by the tourism sector following the Russian airliner’s crash in October.

A member of the South Sinai Investors’ Association said there has been coordination between the Ministry of Tourism and the CBE to discuss providing support to tourism investors in the upcoming period, especially in Sinai.

He added that the meeting is expected to witness discussions related to the postponement of the sector’s dues for more than a year, to spread them out in instalments, as well as to provide operation loans.

The source said the meeting was set in coordination between the Governor of South Sinai, Major General Khaled Fouda, the Minister of Tourism Hisham Zaazou, as well as the new Governor of the CBE, Tarek Amer.

The CBE recently extended the postponement of dues owed by tourism investors to banks more than once, the latest of which was after the 25 January Revolution, when it was postponed to the beginning of 2016.

Head of the Tourism Investors Association in South Sinai, Hesham Ali, said the CBE has always supported the sector, especially when chaired by Hisham Ramez, who postponed dues.

He further added that the current conditions of the sector are different than they were during Ramez’s time, thus, they require different methods of handling, especially as some countries suspended their trips. Russian President Vladimir Putin had issued a decision prohibiting commercial flights to Egypt until more details are revealed on the plane crash in Sinai last October.

Sources revealed that occupancies in Sharm El-Sheikh hotels are now ranging between 30% and 35%, affected by the flight suspensions by Russia and UK.

They added that the banking system’s support to the tourism sector will be supportive to investments of more than EGP 150bn in South Sinai alone, in addition to the protection of more than 800,000 workers from unemployment.