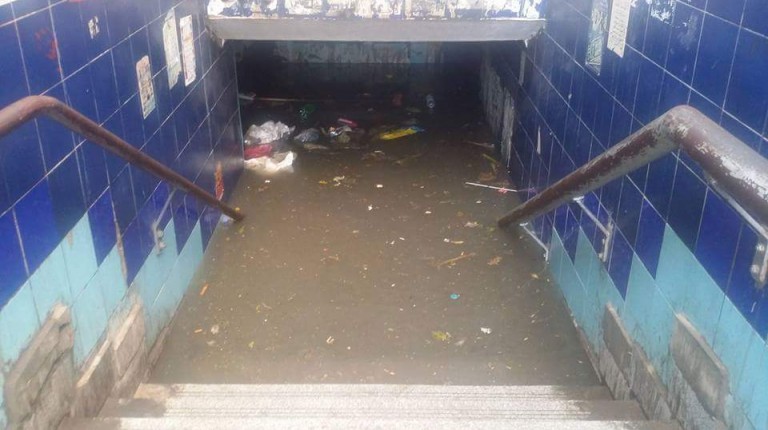 The African Bank for Development (AfDB) agreed to provide an urgent grant of EGP 1m to re-build damages and support those who were affected by severe flooding in Alexandria and other governorates.

The grant is named “urgent aid grant to support flood victims in Egypt”, according to Egyptian Minister of International Cooperation Sahar Nasr.

“The ministry’s target from the emergency grant is to alleviate human suffering, caused by unprecedented casualty and property losses, due to floods in Egypt,” added Nasr.

The grant consists of in-kind aids in the form of food, blankets and medicines for those affected. This aid will be implemented in collaboration with the ministry and Alexandria’s local council, according to Nasr.

The grant will also provide emergency pumps, cleansing and disinfecting sanitation networks through specialised vehicles and equipment in order to filter the waterways and to allow the smooth discharge of rain, said Nasr.

This will be implemented through the Drinking Water and Sanitation Company in Alexandria, in cooperation with the Ministry of Local Development, the governorate’s local council and a number of holding companies in this sector, according to Nasr.

Around 5,000 families could benefit from this grant, with five persons in each family. It is expected that the grant’s activities will be implemented over six months after the grant agreement is established.

Meanwhile, Egypt is considered the second largest shareholder in AfDB’s capital. The bank is currently contributing in financing 30 projects with $1.76bn total investments in several significant sectors, including electricity, energy, agriculture and irrigation, transportation, and the social sector.

The grant comes in the framework of activating the strategic partnership between Egypt and the bank in order to push sustainable development, through providing soft loans, grants and technical assistance in various sectors.

“It’s normal to benefit from our existence in these financial entities during the current phase in order to achieve the economy’s recovery, which will be reflected in the Egyptian citizen’s life,” Nasr said.

Earlier, the minister began negotiations with AfDB to acquire $1.5bn to support development projects, given that the bank’s portfolio for Egypt is estimated at $3bn.