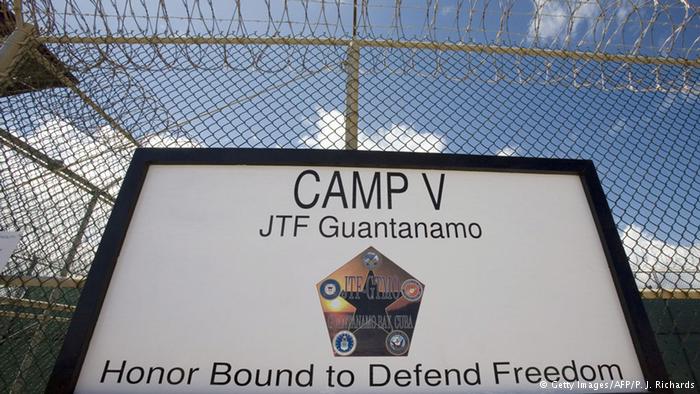 The US Congress has voted overwhelmingly in favor of legislation that extends the ban on transferring detainees from Guantanamo Bay to facilities in America, challenging President Barack Obama’s renewed push to close the prison before he leaves office in January of 2017.

Only three senators voted against the legislation, with 91 casting their ballots in favor. Last week, the House of Representatives passed the bill 370-58. The measure extending the ban on detainee transfers to the US is embedded in the annual National Defense Authorization Act, which appropriates $607bn.

“If Congress keeps in place legislation restricting detainee transfers from Guantanamo, the White House has signaled that the president might resort to unilateral action to override those restrictions,” Matthew Waxman, who served as the deputy assistant secretary of defense for detainee affairs from 2004 until 2005, told DW.

“It is difficult to tell whether this is political posturing, or if the president really intends to do so,” said Waxman, now a law professor at Columbia University in New York City.

Congress first voted to prohibit transferring Guantanamo detainees to the United States as part of the 2010 National Defense Authorization Act. The president has signed the legislation every year due to other less controversial provisions included in it.

In October, President Obama changed course and vetoed an earlier draft of the 2016 National Defense Authorization Act, the first time he’s done so since assuming office in 2009. Among other criticisms, he cited provisions that make it difficult to transfer detainees out of Guantanamo. The president could veto the legislation again, but it would likely fail.

“At this point, the president would have a difficult time sustaining a veto over the Guantanamo issue,” Waxman said. “Unless the president presents a plan for closing Guantanamo that wins the support of some Republicans, it doesn’t appear that even most Democrats in Congress are willing to put up a big fight to support the president on this.”

As he nears the end of his second and final term in office, President Obama has launched a renewed effort to close Guantanamo, one of his original campaign promises dating back to 2008. In May, the president appointed Lee Wolosky as his new envoy for closing Guantanamo. The position had been vacant for six months.

“Lee Wolosky has experience inside Washington with counterterrorism on the White House staff and ought to be able – if anyone can – to persuade a very skeptical Republican Congress that he and the president have a plan to close Guantanamo,” John Bellinger, who served on President George W. Bush’s National Security Council, told DW in May.

The Defense Department is expected to present a plan this week for closing the prison, which may include a list of alternative detention sites in the continental United States. The Pentagon has identified prisons in the states of Colorado, South Carolina and Kansas, according to the Associated Press.

“Instead of blocking President Obama’s efforts to close the costly Guantanamo Bay detention facility, Congress should be working with him to finally shut it down,” Senator Dianne Feinstein wrote in a November 4 editorial in the New York Times, calling on Congress to lift the ban on detainees transfers.

In a press conference on the same day as Feinstein’s editorial, White House spokesman Josh Earnest would not rule out the president using executive action to close the detention facility.

“At this point, I would not take anything off the table in terms of the president doing everything that he can to achieve this critically important national security objective,” Earnest told journalists.

53% of Americans oppose closing Guantanamo, while just 29 percent of the public are in favour, according to a Rasmussen poll from January. On Tuesday, 41 sheriffs in Colorado signed a letter to President Obama opposing the transfer of Guantanamo detainees to prisons in the state, citing security concerns.

“We do not question the ability of Bureau of Prisons to detain these prisoners,” the sheriffs said. “But we recognize that there is a more significant public safety concern – the danger posed by sympathizers who would mount an attack on these facilities or commit other acts of terror in our state to draw further attention to their causes.”

There are 112 detainees still held at Guantanamo, 53 of whom have been cleared for transfer to other countries. Those who haven’t been cleared would presumably be imprisoned in the US if the president succeeds in closing the detention facility. A total of 779 prisoners have been detained at Guantanamo since the military prison opened in 2002.

“The president may feel he has no other choice but to act unilaterally if he wants to keep his pledge to
close Guantanamo,” Waxman said. “But this would be very legally controversial and would provoke a backlash from some quarters in Congress.”