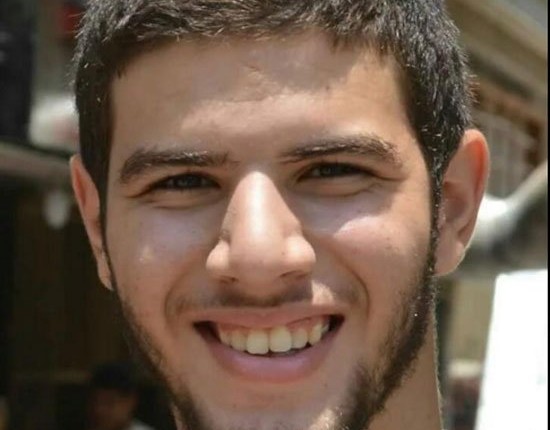 Several social media campaigns were launched calling for his release of Ayman Moussa since the death of his father, to allow Moussa to bury his father and attend his funeral.

The campaign called on Minister of Interior Magdy Abdel Ghaffar and all involved officials to release Moussa, a student at the British University in Cairo (BUE).

However, Bahaa El-Din told the student union that he is ready to help but the request should be admitted by one of his close relatives.

“It was too late to release him for the burial and the funeral but we will proceed with our campaign until Moussa obtains his legal right to be released for 48 hours in case of the death of another relative so he can, at least, receive condolences,” Shoushan said.

She said the university is ready to help Moussa to receive his exams but it will be hard since he is an engineering student and is required to attend practical exams on campus.

Moussa, 21, was arrested on 6 October 2013 and charged with protesting illegally, demonstrating power, rioting, attempted murder, and other charges. There are 62 other defendants in the same case, allegedly belonging to the Muslim Brotherhood, who were all acquitted in February 2014 but Moussa remained in Wadi Al-Natrun prison.

Mokhtar Monir,a lawyer at the Association of Freedom of Thought and Expression (AFTE), told Daily News Egypt: “The campaign is calling for his legal right according to the constitution and prisons conduct, but Moussa’s case is more humane.”

He also mentioned that similar conditional releases were made for two other prisoners; Alaa Abdel Fattah and his sister, and for another defendant in the Al-Itihadiya trial, under heavy security conditions.

The online campaign, launched Tuesday night, reached at least 20,000 supporters including rights movements, activists and media figures. His uncle was reportedly arrested in the same case and is facing similar charges, according to the campaign.