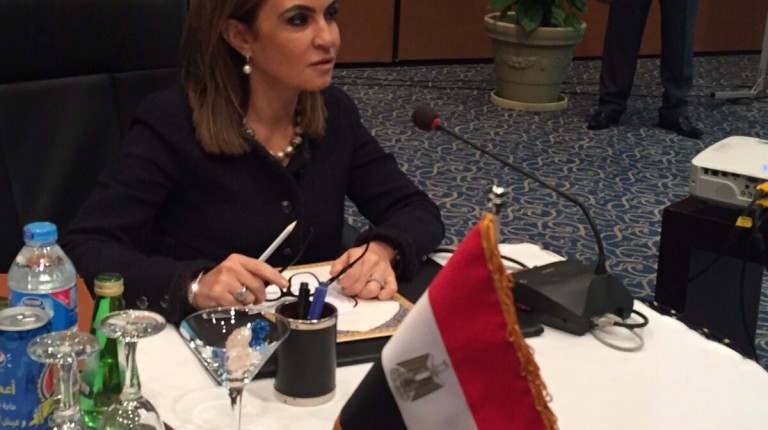 Women have borne the brunt of the negative effects of recent regional changes, according to Minister of International Cooperation Sahar Nasr.

The Arab region is going through successive political developments that have imposed various security, political and economical challenges on the region. Women, however, are the most affected by those challenges, as they are deprived of their basic rights such as education, political participation and employment, said Nasr.

Speaking at the Arab Women Organization’s seventh annual meeting that took place Wednesday in Sharm El-Sheikh, Nasr noted that women and children represent 80% of the refugees and displaced in the Arab region. The meeting saw the presence of various prominent women figures from the Arab world.

Speaking on the efforts made in Egypt to empower women, Nasr indicated that women were granted political, civil, cultural and social rights similar to those of men in the new constitution.

Further, in the new parliament, 70 seats were allocated for women, noting that five women won seats in the first phase of parliamentary elections.

Nasr also said the Egyptian state and its institutions are committed to protecting women against all sorts of violence, whilst explicitly committing to eliminating all types of discrimination against women, indicating that an independent commission was formed for those purposes.