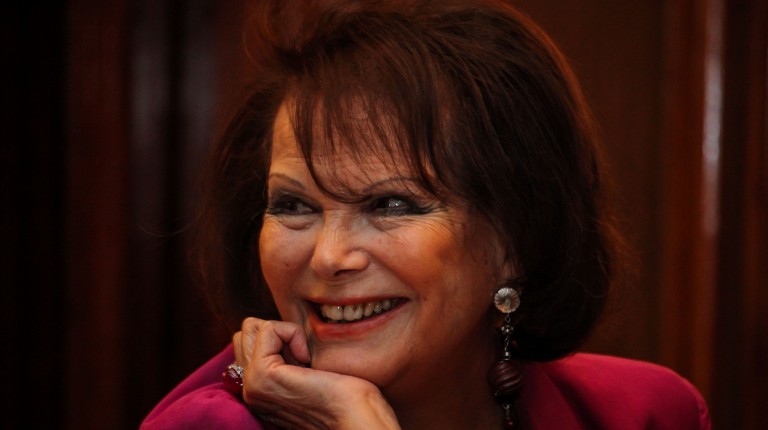 To celebrate her participation at the 37th Cairo International Film Festival (CIFF), a press conference was held on Tuesday for international actress Claudia Cardinale to discuss her two participating films at the festival and her memories of them.

For an hour and a half, Cardinale spoke about her start as an actress when she was a little girl, her first participation at her first Cairo International Film Festival, and her friendship with the late Egyptian actor Omar Sharif. She was happy to visit Egypt again, especially after the times she used to visit with Sharif.

“I used to come to Egypt with Omar who would take me on tours over the Nile, Downtown Cairo, and Tahrir Square,” she remembered, “and we used to dance together over some local Arabic music”.

“I love Egypt and many people should be invited to see this beautiful country,” she said. “We must fight in order for people to return to Egypt”.

The Italian actress also expressed her appreciation for being granted honorary award in name of the late Egyptian actress Faten Hamama at the CIFF opening celebration, on Thursday at the Cairo Opera House. She said even at the age of 77, she would accept participating in an Egyptian film if she finds a suitable role.

Discussing the international cinematic scene, Cardinale believes the lack of International cooperation between countries is the main reason behind the decreasing rates of films and markets worldwide.

“For example, if Egypt decides to cooperate with foreign media production companies, it would give both movies and actors the opportunity of international exposure,” she said.