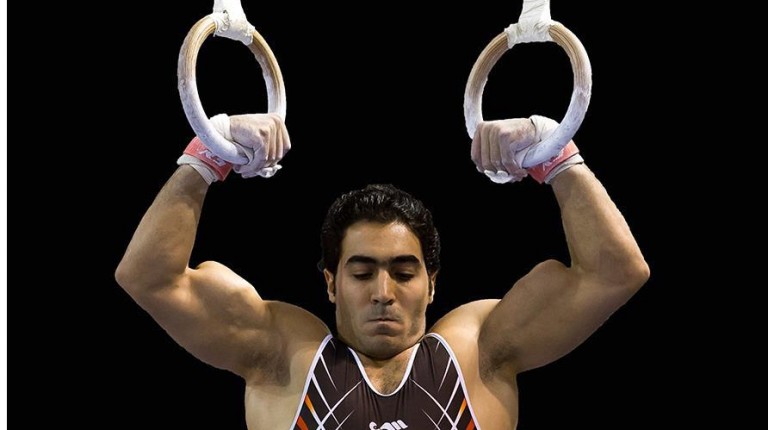 A few days before traveling to Croatia, Zahran told Daily News Egypt that his wish is to reach eighth place at least, and he knew one of the most challenging players is Arthur Zanetti from Brazil.

Zahran was named Africa’s champion twice. In 2012, he won ninth place at the Grand Prix Ostrava/FIG Challenger in the Czech Republic; fifth in the World Cup Belgium; and eighth in the World Cup Doha in Qatar. He was ranked the 11th worldwide in rings in 2012. In the same year, throughout the seventh World Cup Grand Prix in Hungary, he came third.

In 2013, he was ranked sixth throughout the World Cup in Slovenia, where Eleftherios Petrounias from Greece won first place. In the same year, he came in fourth place in the Mediterranean Games held in Mersin, Turkey.

Zahran said in the Mediterranean Games, he was supposed to get fourth place and the result was unfair because the Algerian judge preferred to give third place to Spanish gymnast Javier Gomez Fuertes. In the World Cup in Slovenia, Zahran said another judge had told him that he “deserved to be among the top three winners but not to be sad. [You] did not get a higher rank because you are not European”.

In the African Championship in South Africa in 2014, he came in first place while the Egyptian team came second.

In Video: Arrival of the Egyptian national gymnastics team with 14 medals

Turkish and Egyptian gymnasts raise the bar at international championships