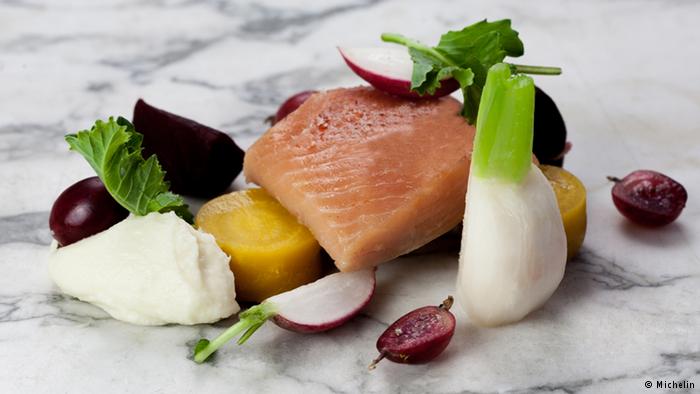 The number of chefs in Germany sporting Michelin stars is on the rise. Many of Berlin’s restaurants have been awarded the coveted accolade in the new Michelin Guide.
The 2016 Michelin Restaurant Guide lists 290 outstanding German restaurants, eight more than the previous year. There are a total of 26 new one-star listings. Restaurants to join the two-star club include Horváth in Berlin, Atelier in Munich’s Bayerischer Hof Hotel, Lafleur in Frankfurt and Schanz restaurant in Piesport.

Ten establishments received the highest award of three stars, one less than in 2015. On the list of countries with the most Michelin restaurants, Germany maintained its position at number two, beaten only by France. Only 100 restaurants worldwide lay claim to the full three stars. “German cuisine prides itself on being extremely dynamic and should without doubt rank among the best in the world,” explains the international director of the Michelin Guide, Michael Ellis.

Many of the listings are found in big cities or holiday regions. The state of Baden-Württemberg took the top spot with 74 Michelin restaurants. Berlin’s fine dining culture is also flourishing, where five new restaurants were added to the guide. These positive changes have been put down to the city’s international population. “There’s been a boom in good food in Berlin,” says Michelin chef tester, Ralf Flinkenflügel.

The Michelin Guide is a hotel and travel guide published in various editions around in the world. They first added the hotel and restaurant recommendation section in 1923 and it’s now one of the world’s most influential restaurant guides. The German edition celebrates its 50th anniversary this year.

3 dead in fire at Greek bank during Athens riots