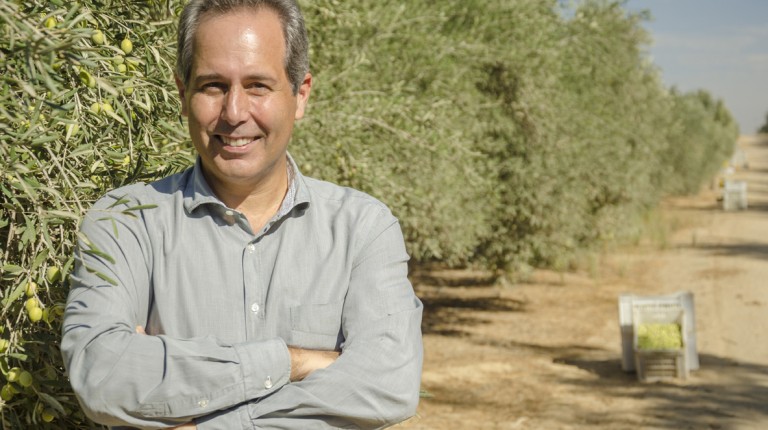 Wadi Food, one of the largest olive and olive oil producers in Egypt, produces approximately 12,000 tonnes of olives and about 1,200 tonnes of olive oil annually. In 2015, the company won numerous international awards for their superior quality olive oils.

Wadi Food won several international awards during 2015 for its olive oils;tell us more about these awards and what were the criteria upon which you were awarded?

These are not the first awards Wadi Food has won. In 2001, we won awards at competitions in Spain, the heart of olive oil production; they were the first awards we ever received. Some of the awards were specific to olive oils and done by the International Olive Oil Council.

At Wadi Food, we understand that if the process, from agriculture to processing, bottling and sales, is done in accordance with best practices, it is possible to achieve significant results in international quality standards.

Last year, we had a very good crop of olives and we entered several competitions. Overall, we earned seven awards for our olive oils in 2015, including at competitions in France, Germany and the United States, which are some of the biggest producers in the world of olive oil.

In France, we won the “Gourmet” award; we entered with two olive oils and both of them were accredited with the Gourmet standards.

In Germany, we entered the “Biopress” competition, entering three different categories, one of which was among the 25 best oils. As for the other two oils, they took the 32nd and the 33rd positions, showing we are not far from the best quality olive oil.

The best results were in the United States, as we received one silver award for the “Picual” variety and we received “the best in class award” for the Coratina variety, which was really a pleasant surprise for us. Given that we worked tirelessly toimprove the quality of harvesting, handling, and processing, it was a good reward for us.

What are the major developments that Wadi Food has undergone in olive cultivation, olive pressing and quality of production that made you eligible to win these awards?

Nothing is done in a hurry, olive trees take very long time to develop and to bear fruit. We are talking about years and years of cultivation and hard work in very difficult conditions in the desert, with the lack of water in Wadi El-Natrun, as there is only salt water and brackish water. The odds were against us, but we were able to grow healthy trees that gave us good quality olives. That is crucial. If you start with low quality olives, there is no way to get good quality olive oil.

As for harvesting, all of it is still done by hand, no machinery is involved, which guarantees the fruits are the best quality and not damaged. Handling is also significant, ensuring they are pressed within the same day. Waiting just one extra day after harvesting to press the olives will result in an immediate drop in quality.

Also, we have upgraded our machinery at Wadi Food. For the first time, we’ve started filtering with cotton. Previously, we waited for the olive oil to decant naturally, but this year we added cotton filters to clean olive oil very quickly as sediments could affect the quality of olive oil.

What are the major obstacles facing Wadi Food in the market?

I will focus here on the challenges facing olive oils. Worldwide, olive oil is the most falsified and adulterated food product, as it is a highly value product. We have to say that not all olive oils in the market are really olive oils and not all of them are what they claim on the label. To determine whether or not it is legitimate requires serious analysis and very complicated equipment is needed. We know this for a fact, because we analyse what is in the market, as we want to know our competition. Many companies falsify their product in order to reduce price and compete in the market on the same shelves, in the best super markets and the best hotels, but they are not good quality olive oils.

How do you deal with this, what is the solution for this problem?

It’s our job as a company to educate consumers and raise their awareness.

Are consumers able to tell if the olive oil is adulterated or not?

This takes us to the Egyptian culture itself. Egypt is the only Mediterranean country that does not use olive oil as a main fat ingredient in their food. Egyptian consumers only started using olive oil 15 to 20 years ago.

The consumer is not that aware of the quality of olive oil. To reach the level of awareness it takes years of education. We try to do it on our level through our contact with our consumers, in our outlets and in fairs, but it takes time.

Is it only by education you can solve that issue? What about the governmental role in this?

Of course there are many governing bodies in Egypt that are responsible for this. If they take a sample of the olive oil, analyse it and find it adulterated, the company that is selling it should be stopped from selling olive oil in the market, but this is not happening.

Even imported olive oil from Europe or other places does not have the quality that they claim on the label. It is the job of these governing bodies to stop that, as there are clear and strict standards, but they are not applied.

What are the major obstacles facing the food industry in Egypt?

As any other industry in Egypt today some of the struggles we face are expensive utilities: water, electricity, gas. The food industry is most affected due to sensitive pricing.

Also, the availability of resources, such as land. If we want to expand we can’t find land and even when we find it, it’s difficult to acquire or is very expensive. In the food industry, we can’t afford the same prices as heavy industries.

How do you see the crisis of the dollar shortage and its price increase? Did it affect the company?

It definitely did, the dollar crisis affected the company in terms of buying inputs for packaging or ingredients. We don’t purchase that much, as we are more or less relying on local production. However, the imported ingredients we buy locally are impacted, as suppliers are having a hard time finding the currency to import them, which affects the value chain of production. This is the negative side of the dollar crisis.

There is also a positive side in the currency exchange, as we are a 100% Egyptian company producing 100% Egyptian products, hence we have an opportunity today to export more.

Did the deterioration in economic conditions and the decline of purchasing power in the market affect company sales? How did the company deal with it?

It’s all related. Yes it did because the consumer is looking for a cheaper product, while the quality is a second priority for them. This opens room for all the competitors in the market. Due to a lack of control, we have a problem with an unorganised market, they are able to reach the shelves, and our clients don’t have the same overheads and control that we have.

How can this be dealt with?

There should be stricter control from governing bodies. If someone does not have a permit, they should not be able to enter the market and sell freely. If they do have a permit it must be done properly, the same way we did it. Also, a unified law for the food industry should be established in order to ensure these bodies operate under one umbrella, instead of separately.

What are Wadi Food’s growth rates compared to the same period last year?

We have grown from last year, but we are not entirely satisfied with what we achieved. We are probably going to close this year with growth rates ranging between 25%-30%. Our ambition was to achieve a 60% growth rate, but at the beginning of the year we faced a serious problem in two major areas – losing Libya as a client due to the closing of borders and Spanish competition, which is directly related to the euro exchange rate, which witnessed a significant drop at the beginning of the year, leading to a price reduction.

What is the size of the company’s annual production? What is the exports share?

What are the sales volume and growth rates targeted for 2016?

This season is a low season, it will be challenging to increase the growth rates between 25% -30%, but we expect 2016 to be a better year, and if so, we’ll change our targets by September 2016.

What are the company’s most important products? What’s the share of each of them in the net production of the company?

Our flagship products are olives and olive oils. Olives are more than 60% of the production; olive oil is around 30% to 35%. Other key products include tomato paste, vinegar and pickles.

What is the company’s view regarding the economic future of Egypt? What can the government do to stimulate the economy, especially in the food sector?

The government’s plan was to support exports based on certain criteria of production, although we have been struggling to get subsidies due to the lack ofgovernment funds. For three years they have been delaying and reducing subsidies and we’re uncertain if they will continue to maintain subsidies at all, though they’re vital for the food industry.

Also, the unified food law has to be implemented; it is only pending approval at this point. This law is extremely significant for the industry. It will assemble all the food governing bodies under one umbrella and facilitate all procedures, thereby cutting bureaucracy. The law will also include food safety, consumer advocacy. It’s going to change the landscape of the food industry. I think Egyptians will benefit a lot from a more organised and orderly industry.

In the economy, agriculture and food have always taken a back seat, but it’s time to look at that differently. It is crucial for the growing population in Egypt to focus on food security in the near future.