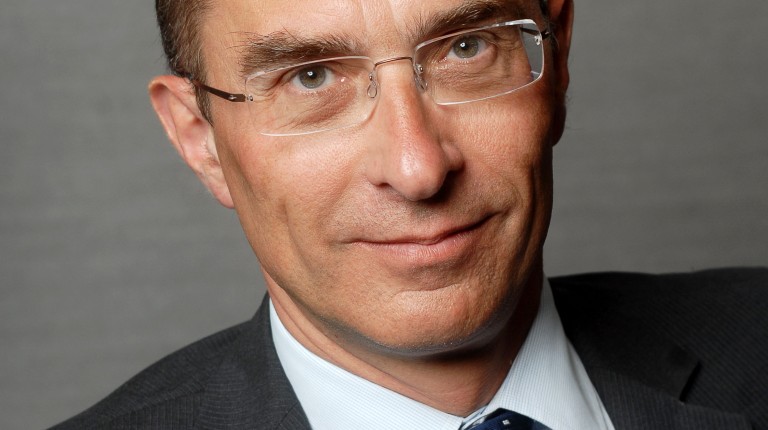 Daily News Egypt sat down with Deputy Chairman and CEO of HSBC Bank Egypt Jacques-Emmanuel Blanchet to discuss the bank’s activities in Egypt, as well as its loan and deposit indicators. The bank official highlighted the importance of the Egyptian market and assured that HSBC will not exit Egypt. During our sit-down, we also brushed on the bank’s dialogue with the government.

How would you evaluate the Egyptian economy and the banking sector within that economy?

I was appointed in this role 18 months ago. I was new to the market; not new to HSBC, but new to the Egyptian market. The Egyptian economy has faced many challenges during the past few years and yet the banking sector was one of the sectors that has been able to achieve good results. HSBC, among other banks, was able to get through this difficult time with solidity, which demonstrates that we have a solid balance sheet and are ready for supporting the growth of the economy. From HSBC’s balance sheet, we can see that we have significant deposits. We can now invest and support the development of the economy and support projects of the investors. In that regard, we have seen more projects coming to our bank than before, as we are very open to fund those projects. There is a good mix between an economy that is in better shape than it was in 2012 and 2013 which is growing by 4%, and banks that are ready to support that economy.

Like you stated, the bank is willing to fund projects. In which sectors do you see the bank funding and investing?

HSBC ranks nearly fifth among the 38 banks in Egypt. This means that we are a big bank. Secondly, we are a bank that has a global network and global presence. We can use such connection between countries where the investors are and Egypt. We have several examples where we were able to support multinationals who wanted to have a presence in Egypt, we are the only bank to offer such connection.

How much would you be willing to pump into such projects, let’s say, within the next five years?

We don’t have any specific figure in mind. I have reviewed the strategy of HSBC in Egypt. This strategy is to grow organically and to support the Egyptian economy. We have ambition and we are a big player in the banking sector. Our mission is to continue to grow our activities. I can’t give you any confidential figures but I can tell you that we are really ambitious.

You mentioned a significant growth in deposits, how much was the year-on-year (YoY) rate of growth?

At the end of June, our revenues grew by 31%, which is very significant.

What about your expectation for this year’s growth?

Nearly the same number as we continue to go through a certain number of deals down the pipeline. We are working on several deals in the pipeline worth more than $3 billion

You recently launched an EGP 300m fund for SMEs; how is it performing?

This is the international SMEs fund. We dedicated that figure for new and existing importing and exporting customers in Egypt with cross border trading requirements or those that aspire to grow internationally. And by the end of September we allocated around EGP 260m and funded more than 30 projects.

How much the loan portfolio has grown on YoY basis?

What is the share of companies and the retail sector from that percentage?

All of them participate strongly. I must recognise that for the first nine months of 2015, we have seen that the turnover coming from the global banking activities has grown more rapidly than the activities of commercial banking. It clearly [reflects] what is happening in the economy in Egypt. At the moment you have multinationals investing in Egypt. The growth will come with smaller companies but this is just a starting point for them.  They are participating in the big projects as subcontractors, for example. This means that the growth is coming to them during the coming months as opposed to immediately [with multinational companies].

Global HSBC announced its plans to cut expenses by $5bn by 2017. How would this affect Egypt?

We don’t have any particular plan for Egypt. We will continue to manage our costs but we have a strong cost-efficiency ratio already. We will continue to reduce our costs by better streamlining, for instance, when we streamline our process it means that we make them better and be more cost efficient. So this is better for our clients. We are in a very good position already.

Do you have any plans to expand in Egypt?

We have a plan to expand our activities and ensure that our customers the best of the services that we have to offer. . We don’t have the intention to grow the number of branches in Egypt because we consider that we have the right size in terms of branches. We always ensure that we are located in the right place, which fits perfectly with the our customers’ needs. Our target is to continue to develop our business with our premier clients and advanced clients.

What is the government’s role to improve the banking sector?

There is a strong relationship that [should be maintained] between the banks and the government to nsure that we are well aligned to support the ambition of Egypt. I think it is important to have a dialogue with the Central bank of Egypt to bring our views, then leave the decision to the Central Bank and the government.

Do you have an open dialogue with the government?

Would you be willing to participate in any future international bond offering by Egypt?

Yes, of course. Last time we bid for the issuing but it wasn’t seen through to completion. Being a strong advocate for Egypt, we are interested in being part of any future offering as we see that we one of the best due to our international connectivity.

Are there plans to cooperate with the government in any additional projects or offerings?