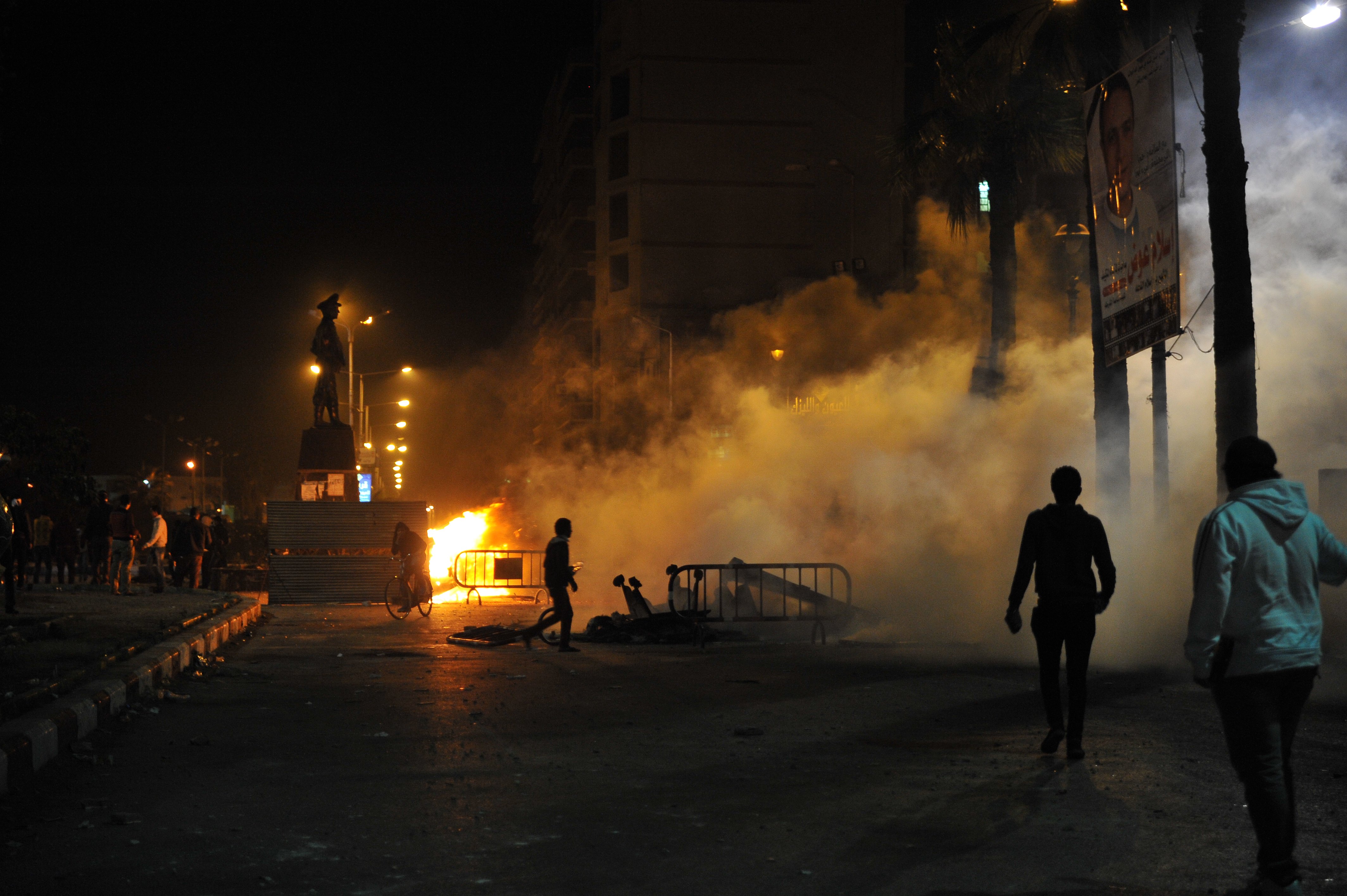 The Port Said Criminal Court postponed Sunday the trial of 51 defendants in the case known as the “Port Said prison clashes” to Monday, to continue hearing defence witnesses.

The defendants are accused of killing police officers Ahmed Al-Balky, Ayman Abdel Azim and 40 others, as well as injuring over 150 people during the period of 26-28 January 2013.

Former president Mohamed Morsi was scheduled to testify in today’s trial session based on requests by the defence team; however the court announced he was unable to attend. The court delegated a member of the bench to hear Morsi’s testimony from his prison cell on Wednesday.

During the session, the court received a technical report regarding the content of three CDs related to the clashes. The technical expert reportedly distinguished the audible statements on the CDs and connected the voices heard to those of the defendants, state-owned Al-Ahram reported.

Meanwhile, the same court sentenced a defendant by the name Hassan Al-Fekki to five years in prison in the retrial of the Port Said massacre case.

Al-Fekki was initially sentenced to 10 years in absentia. The trial included a total of 73 defendants facing murder and violence charges.

The case, which was the prelude to the Port Said prison clashes, dates back to February 2012, when, during a match between rival teams Al-Masry and Al-Ahly, home team fans stormed the pitch attacking the away team fans. With the police not intervening, 74 Al-Ahly fans were killed.

The initial verdict was issued in January 2013, ordering death penalties for 21 defendants.

The initial verdict was welcomed with mixed reactions. Families of Al-Ahly victims cheered the verdict, while in Port Said clashes erupted for three days.

Angry protesters and the families of the sentenced prisoners gathered outside the Port Said prison where the prisoners were kept. They were accused of attempting to break into the prison, resulting in the parallel trial, the “Port Said prison clashes”.

The army surrounded the prison with 10 armoured vehicles, deployed a tank at the entrance, and implemented a security plan for all vital facilities in Port Said.

The city then descended into violence, as protesters also broke into a police station east of the city and surrounded the Al-Arab police station. Following the incident, former president Mohamed Morsi declared a curfew in the Suez Canal governorates, which was defied by many citizens.