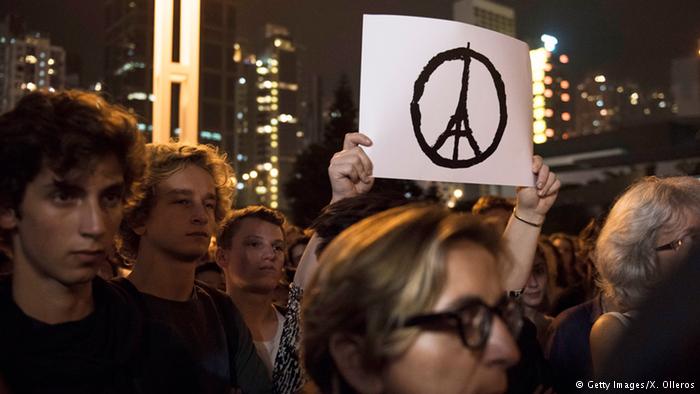 European football associations have decided to proceed with friendlies in the wake of the Paris terrorist attacks. DW Sports’ Jefferson Chase says that it was the only justifiable decision.
The final scores of France’s friendly versus England and Germany’s test against the Netherlands on Tuesday will be utterly irrelevant, and the national coaches involved can hardly hope to gain any valuable sporting insights from matches played under such extreme circumstances. But the only outcome that matters is that the games will have gone on.

Normally, I hate friendlies. As a fan of club football, I see red when my team’s players get hurt running around in international matches that don’t count for anything. Tuesday’s matches, on the other hand, count for a lot.

Friday’s terrorist attacks in Paris were different in being aimed – consciously, it appears – at cultural targets. Places where people were enjoying themselves: a football stadium and a music club. The terrorists’ message was clear: if you don’t yield to our political demands, we will try to rob you of the pleasures of Western culture such as sports and music.

The only possible response to the Paris atrocities is, defiantly and demonstratively, to press ahead with concerts and sporting events as long as there are reasonable guarantees of security. All we should change in response to Friday’s killings is to develop more effective approaches to eradicating terrorism. Otherwise, the message sent back to the terrorists should be: your senseless brutality does nothing to shake the foundations of the system you so loath. Your actions are useless and stupid.

Periodic terrorist attacks are an ugly fact of life at present. The relative lack of debate over whether the friendlies should continue is itself a sign that the West can take whatever terrorist delude themselves into thinking they should dish out. As people all over social media have noted, playing football on Tuesday is an act of standing cultural ground.

When the players take to the pitches in London and Hannover on Tuesday, they’ll be doing precisely that: fighting back. Sports are entertainment. As such, they’re not the most important thing in life for most people. But given the fact that Friday’s attacks people who were only trying to enjoy themselves, it is unusually important that the show go on this Tuesday.

'Ahly will attack, I will score,' says Worgu