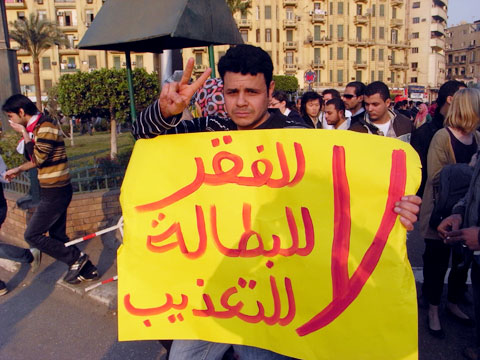 The unemployment rate among youth in the third quarter (Q3) of 2015 has reached 12.8%, the Central Agency for Public Mobilisation and Statistics (CAPMAS) reported on Sunday.

CAPMAS added that the workforce registered 28 million individuals, with an increase of 218,000 individuals compared to the previous quarter.

Unemployment among male youth recorded 9.3%, and 24.9% among female youth.

CAPMAS previously reported that youth represent 23.6% of the total population, around 20.7 million. Youth close to the poverty line amount to 27.8%, while those under the poverty line comprise 24.1% of their total.

In 2014, the youth unemployment rate reached approximately 29%, while those in poverty stood at 50%. The number of Egyptians leaving the country has increased by 17% in 2014, compared to the preceding year.