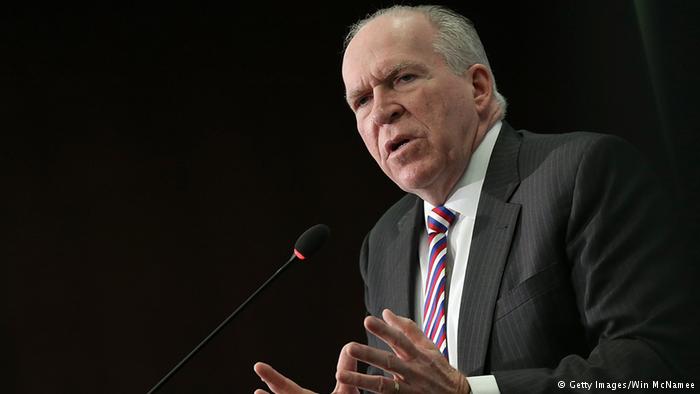 “I would anticipate that this is not the only operation ISIL has in the pipeline,” Brennan said, referring to the Islamic State militant group by an alternate acronym to “IS.”

“This was not something done in a matter of days. This is something that was carefully and deliberately planned over the course of several months in terms of whether they had the operatives, the weapons, explosives, suicide belts.”

The CIA chief added that since the Paris attacks, intelligence agencies have exerted significant efforts to curb the militant group’s ability to conduct another attack.

“Security and intelligence services right now are working feverishly to see what else they can do in terms of uncovering,” Brennan added.

‘Cannot close our doors to these people’

Friday’s attacks have raised fears among Europeans and Americans that a wave of migrants and refugees fleeing war-torn countries in the Middle East, Asia and Africa may have provided Islamic State militants an opportunity to enter the US and EU.

Two US states have announced that they will be suspending a federal resettlement program of Syrian refugees following Friday’s attacks.

“After full consideration of this weekend’s attacks of terror on innocent citizens in Paris, I will oppose any attempt to relocate Syrian refugees to Alabama through the US Refugee Admissions Program,” said Alabama Governor Robert Bentley.

Michigan Governor Rick Snyder echoed Bentley’s sentiments, saying that the northern state would not accept “new refugees until the US Department of Homeland Security completes a full review of security clearance and procedures.”

Afghan peace on the table as Pakistan PM heads to US