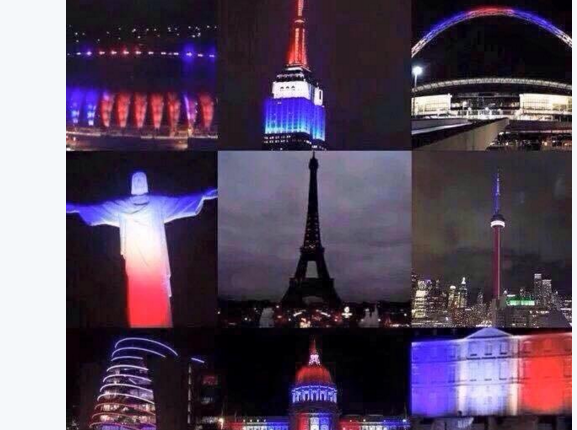 On Friday night, during a sporting event, the world was stunned to watch the city of lights lose its fair shot at peaceful life.  Over the course of few minutes, Paris was declared a warzone, attacked in several areas simultaneously. 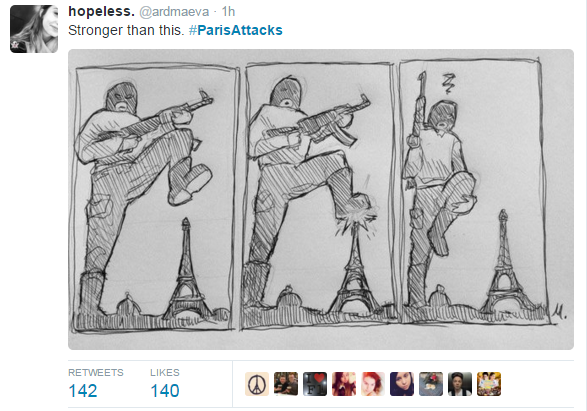 The shocking event encouraged many citizens around the world to express their grief and objection through social media. #ParisAttacks dominated all channels of social media in a matter of minutes, becoming the number one source of information.

The events, which targeted three neighbouring areas in Paris, were reported on time through eyewitnesses. Moreover, many social media users shared the accounts of citizens that claimed to have been hostages.

The hashtag, along with #PrayForParis, gathered an endless number of tweets throughout the intense night. While the majority expressed great support for victims and the terrorised city, others shared the latest updates.

More importantly, many Muslims and Arabs tweeted about their stance regarding the events, especially after speculation of “Islamic State” involvement.

“I am a #Muslim and I am not terrorist. I believe in humanity. I believe in peace. My Islam taught it! I extremely condemn #ParisAttacks”

“I am a Muslim. And I condemn every kind of violence. My thought and prayer are with the victims of the tragedy. #ParisAttacks” 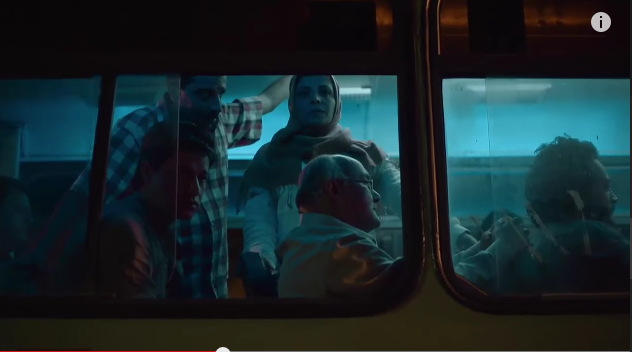 “I am a Muslim and I strongly condemn all forms of violence anywhere in the world. Stop violence. Islam means peace. #ParisAttacks”

“Islam never teach us to hate or kill people’ of other religions.  #respectformuslims  #ParisAttacks”

Meanwhile, many users shared Quran verses that condemn the taking of innocent lives.

Walking the same line, another tweet has been shared endlessly and simultaneously with the French government’s decision to dim the Eiffel tower in mourning: “When the city of lights goes dark, the world lights up in support.”

On the other hand, Facebook launched the safety check which allowed users in the affected area to mark themselves and others “safe”. The option was most effective during last night’s escalations as French citizens used it to ensure their friends’ safety and current location as well as to stay updated with the people in danger.