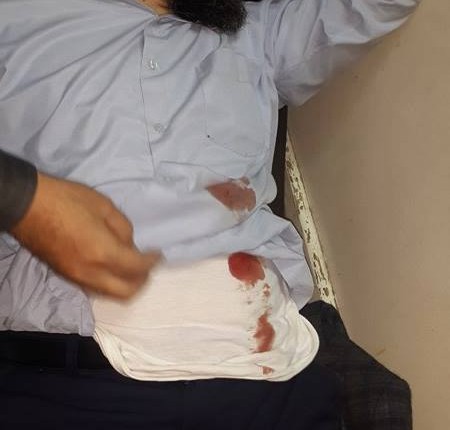 Al-Nour Party member and candidate in the current parliamentary elections Emad El-Mahdy was stabbed in front of his campaign headquarters in the governorate of Sharqeya by an unknown assailant.

The stabbing left a deep cut in El-Mahdy’s abdominal area and he was taken to Al-Obour hospital in Zagazig city for treatment, the party said in a press release. The attacker escaped immediately after stabbing El-Mahdy while he was getting out of his car.

This is not the first incident in which an Al-Nour Party candidate was attacked during the current parliamentary elections.

On 27 October, Mahmoud Abdel Hamid, a candidate running for an individual seat in Gharbeya, was forced out of his car and assaulted by two men. He was taken to Kafr El-Sheikh hospital since he suffered severe head injuries, a concussion, and internal bleeding. Another candidate Mostafa Abdel-Rahman was shot dead on 24 October as he was leaving his house in Al-Arish, North Sinai.

The Supreme Electoral Commission (SEC) headed by Judge Ayman Al-Abbas decided to repeat the elections in the constituencies where violations were reported.