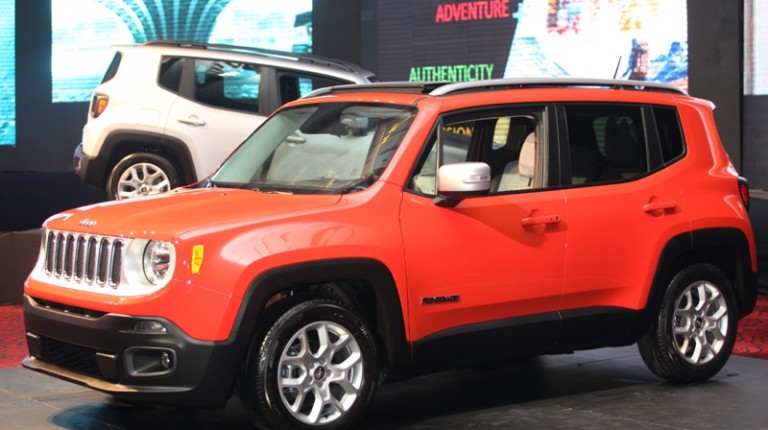 It is a segment that has been largely demanded in the global market and it reached a wider base of customers and youth, he said. He clarified that Jeep had the highest sales last September since the company was established.

The Renegade acquired 62% of the company’s sales and is expected to achieve huge numbers in the Egyptian market. Ratynski added that the company aims to launch six new models by 2018.

The company was able to produce more than 165,000 cars in the world, 60% of the production went to the US, and the rest went to Europe, the Middle East and Africa.

Marketing manager Hussein Abdel Razek told Daily News Egypt that the company will produce the Renegade Limited 4×4 next May.

He said sales of small and medium-sized SUV cars have witnessed an increase of 88% over the past three years, pushing Jeep to launch the Renegade, targeting youth.

On the delay in launching the car in the Egyptian market, Abdel Razek said the delay was to provide an engine that consumes 92% petrol.

He added that the car combines beauty, power, smooth design, and spacious interior, in addition to saving fuel, stability, and full security that qualifies you to travel freely on all kinds of roads within cities. At the same time, it retains the special characteristics of the Jeep brand, he said.

The Jeep Renegade was designed in the United States and manufactured in Italy, so the car would have American power and technology, the comfort of the Italian cars, and the security and durability of the brand name of Jeep, Abdel Razek said. The Renegade offers more than 60 properties to ensure safety and security and to provide good driving on the roads, especially Egyptian roads.

Abdel Razek announced the launch of three Jeep Renegade models in Egypt: the Longitude, two categories of the Limited marked with MultiAir2 Turbo 1.4litre with 140 horsepower and torque 230 Newton mitre (at 1750rpm), with automatic transmission, DDCT and a six-speed system. This is to provide the car with capabilities and the capacity to drive inside cities, as the car has the latest technology to achieve the lowest fuel consumption among the small and medium-sized sports car category around the world.

He added that the interior design is targeted for the youth, with attention to all the details inside the car. This shows clearly in the materials and colours of the dashboard and mattresses, steering wheel and all the fine details, such as the sunroof in the “Limited” model. Further, the “Jeep Renegade” enables the driver to enjoy driving freely in the fresh air.

The main compartment contains the UConnect system with a 6.5 inch touch screen, in addition to the latest features, such as wireless communication, GPS, and hands-free Bluetooth technology with phones.

The car is offered through the official agents of FCA in Egypt: Abou Ghaly motors, Ezz Elarab automotives, El Tarek, and Nile Motors.