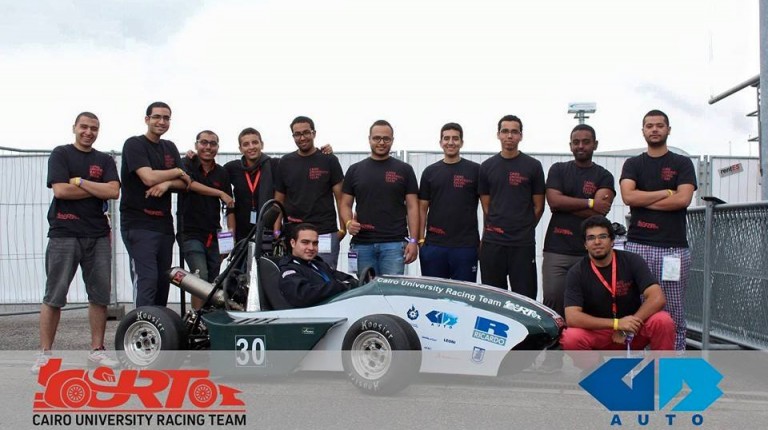 Women are too often kept outside scientific arenas everywhere around the world. Due to this misguided prejudice, men normally dominate the scientific field.

L’Oreal Foundation has been fighting alongside women for 17 years. The “Women in Science” programme is the entity’s project, in collaboration with the UNESCO, to solidify women’s ground in this particular field. In 1998, both organisations were stunned with the fact that women are underrepresented in all scientific fields. After cohesive research around the world, the two organisations identified several factors that hinder women from advancing professionally.

Even though the reasons were versatile, financial factors were dominant in the Arab world. Therefore, it was not long until the programme extended into the Arab world in 2002. Ever since its inception, the programme has awarded 2,250 women in 140 countries. Each year, awards are divided into two categories – laureate and fellows.

While laureates are recognised for their life-long achievements, the fellowship is awarded to women who are currently working on promising projects in order to aid them financially and scientifically.

The fellowship is divided regionally and based on the research’s potential. The true impact of the prize is not only the €10,000 granted, but also the accompanying scientific guidance. Each year, the programme recognises five leading women scientists from every region.

Nashwa El-Bendary is one promising Egyptian scientist that aims to change local agriculture. El-Bendary was awarded the fellowship prize this year for her research regarding the relation between climate change and agriculture.

The doctor originally studied computer science and she is currently the head of the Business Info System department in the Arab Academy for Science, Technology, and Maritime Transport (AAST). Meanwhile, she is also a renowned member of the scientific research group in Egypt, which is a multi-disciplinary group that is currently developing the project with her. Even though computers dominate the expert’s field of study, her research focuses on humanitarian usages.

El-Bendary’s research was awarded due to its relevance to the region’s primary needs. “Water and food are always on top of the country’s list of top needs. Therefore, I started focusing on using my field of expertise in aiding water and food security,” said the doctor.

After spending years in studying photosynthesis, the researcher turned towards utilising this technology in the field of agriculture. Her research aims to develop a system that can help local farmers define the ideal harvesting timing to increase financial income as well as secure a larger yield and better quality of food.

“When you shop for grocery in any given market, you will find that half of the displayed crops are rotten. That is due to the lack of correct monitoring of the crops themselves as well as the climate,” said El-Bendary.

Over the course of two years, the PhD holder has worked alongside the Ministry of Agriculture to develop a computerised system. The use of photosynthesis should serve as a monitor over two separate stages. First it should detect the ideal timing for harvesting, and then it should detect unhealthy fruits post-harvest.

The second phase should be to save the harvest from getting rotten due to damaged fruits, a technology that should positively impact farmers who seek to export their goods.

El-Bendary has been working with the scientific research group on developing various humanitarian solutions with the application of computer science. In 2014, the research received an international award for its intelligent application to control climate change.

However, the true leap only occurred after applying to the foundation’s award. “I found the competition on the UNESCO’s website while looking for fellowships that can financially support my project,” El-Bendary added. “This fellowship has supported the project with scientific follow-up and guidance, as well as financing it.”

El-Bendary’s name completes a long list of local fellows. Ever since, the programme’s debut, 13 Egyptian scientists have grabbed lots of attention. Nagwa Maguid is a genetic scientist who received the programme’s laureate award for her collective work a few years ago.

Today, Maguid is part of the regional jury that chooses the winners from the Levant and Egypt. “Our criteria include the realistic aspect of the research and the depth of its impact. Meanwhile, the researcher’s need for financial aid to sustain the project is very important,” Maguid added. “Moreover, the project’s relevance to the country’s needs is quite essential.”

According to El-Bendary, her team is currently working on developing a prototype of the first phase while continuing the research to fine-tune phase two.  The project is also set to partner with an industrial entity that would be able to provide it in mass production. “The problem with science in Egypt is that we develop researches and solutions; yet, we fail to deliver it to end-users,” said El-Bendary.

Walking the same line, L’Oreal Egypt has been supporting El-Bendary’s project through providing the needed media and societal support. “Dr. Nashwa El-Bendary is one of thousands of young Egyptian talents,” said Benoit Julia, Country Manager for L’Oreal in Egypt. “We are not only proud that she is an Egyptian we are also mostly proud of the fact that she is a woman who has proven excellence in a field dominated by men”.