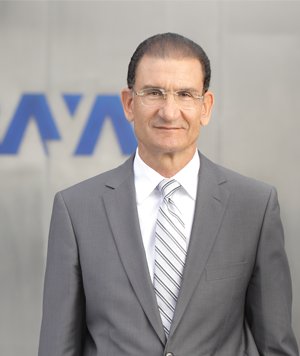 Raya Holding Corporation is preparing to launch its e-payment service by establishing a new subsidiary company.

Chairman and CEO of Raya Holding Medhat Khalil said the new company, named Aman, will be launched during the first quarter (Q1) of 2016. Khalil told Daily News Egypt the company is currently working to complete the incorporation procedures in preparation for the launch.

The company will provide new aspects to e-payment methods via different means, whether Raya outlets or smart phone applications and  the Internet.

The market can absorb more competitors to the existing ones, Khalil said, highlighting Fawry, Bee, and E-Masary.

“The market is still growing,” Khalil said, noting that Raya has many years of experience, since it contributed to the establishment of Fawry in 2009 before it exited it in 2015.

Raya Holding Corporation owned about 2.5m shares in Fawry company before it sold them to BSI Netherlands BV at EGP 174.2m in July this year. Foreign funds acquired a majority stake in Fawry for $100m. Those funds were Egyptian-American Enterprise Fund, Helios Investment Partners, and MENA Long-Term Value Fund.

Fawry financial transactions increase by 50% in Q1 of 2015